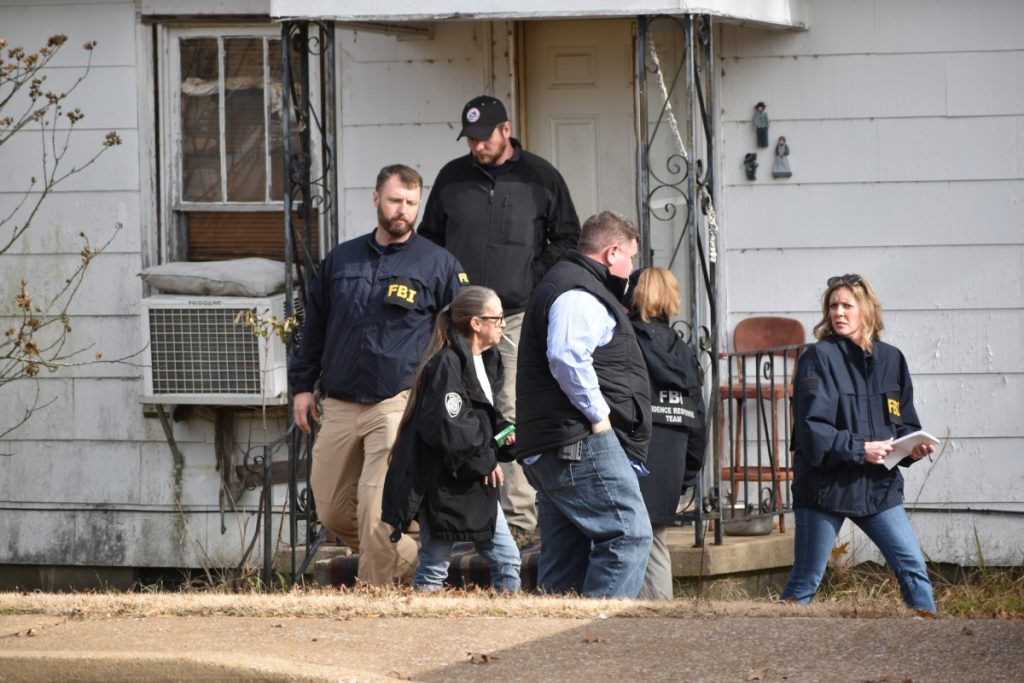 ANSWERS FOR CAYCE – FBI Agents and investigators walked through the childhood home of Cayce McDaniel earlier today with the assistance of her mother, Cindy McDaniel. Afterwards, forensic specialists swept the home for trace evidence. Photo by Logan Watson.

The Federal Bureau of Investigation conducted a full forensic sweep of the childhood home of Cayce McDaniel earlier today.

Members of an Evidence Response Team processed the entire house, located at 8021 N. First Street in Milan, using forensic technology that was not readily available to local law enforcement when Cayce disappeared just over 22 years ago.

“Obviously, the FBI has a lot of resources that we don’t,” said Milan Police Chief Bobby Sellers as forensic specialists and FBI agents filed into the small, two-bedroom home. “We are trying to be as thorough as possible and bringing in new technology to make sure nothing was missed.”

Cayce’s mother, Cindy McDaniel, was also present during parts of the investigation. Cindy was reportedly on hand to walk investigators through her former home and give her account of the events that occurred on the night of Cayce’s disappearance.

Investigator Dennis Mitchell has been assigned to the FBI’s Missing and Exploited Children Task Force for three years, and has been working the case since the bureau opened an inquiry into the cold case earlier this year. Chief Sellers stated that while his department was not actively involved in the search, he is hopeful that the FBI’s efforts would shine a new light on the case. 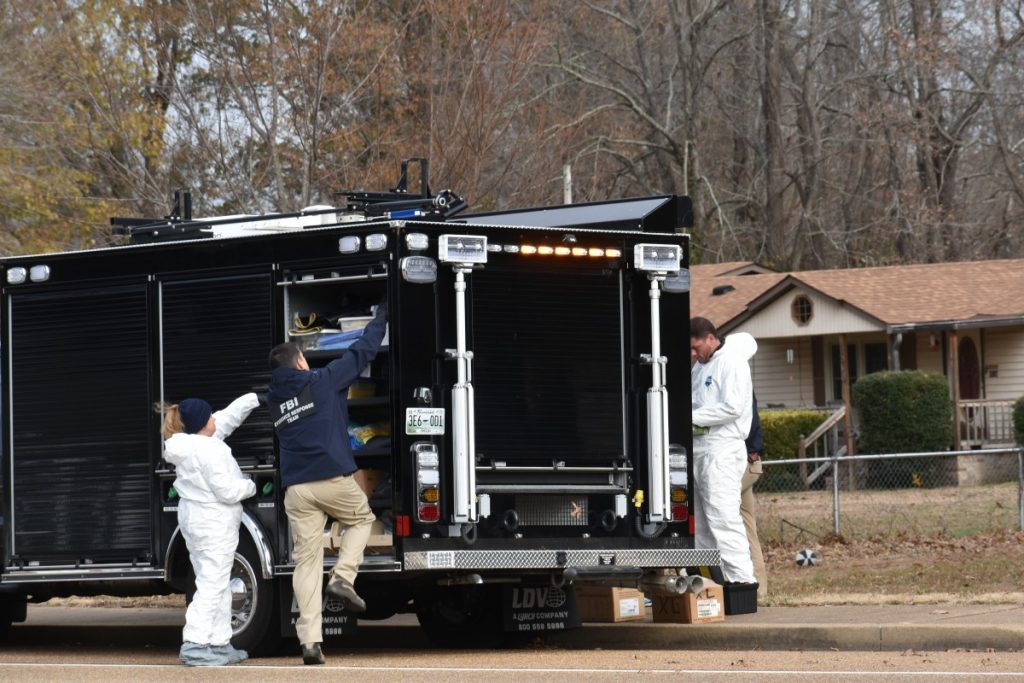 FORENSIC EVIDENCE – Specialists with the FBI’s Evidence Response Team donned special suits to prevent accidental contamination of any evidence they uncovered inside the McDaniels’ former home. The FBI ordered a full search of the home, using advanced technology not available to local law enforcement 22 years ago. Photo by Logan Watson.

“There are chemicals you can spray on any surface that will react with the lead in blood,” Chief Sellers said. “The interior of the house has changed very little since the night Cayce disappeared. There may be some areas of the home that didn’t get processed back then.”

“They’re not just looking for blood,” Sellers noted. “They’re looking for hair, DNA…they are checking the house from top to bottom and we plan to let the evidence speak for itself.”

A person of interest in Cayce’s disappearance, 66-year-old Finis “Pete” Hill of Dyer, was arrested and indicted by grand jury on charges of child exploitation in June after a sting operation conducted by the Milan Police Department caught Hill attempting to meet a minor for sex in a Southaven motel. Hill is scheduled to appear in federal court on January 22 to stand trial for charges of Sexual Exploitation of a Minor.