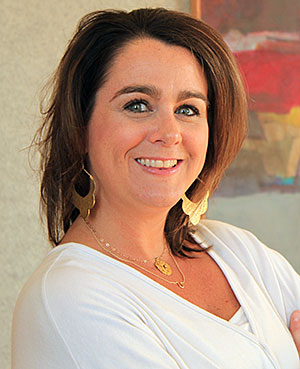 Last week, Humboldt Chamber of Commerce announced Beth Culpepper has been promoted to the position of events coordinator. Culpepper is taking over the job after the resignation of Anna Surratt, who is relocating.

Culpepper has been with the chamber for two years. In the six years leading up to her accepting a part time position at the chamber, she was a stay at home mom. Her husband, Ashley Culpepper, was general chairman of the WTSF at the same time she decided to ease back into the workforce. The opening at the chamber was perfect for her and her schedule.

Within six months of accepting the job, former chamber director, Lee Williams submitted his resignation and Culpepper found herself wearing many hats until the position was filled. Also within a short time, Surratt went on maternity leave. Both of these occurrences gave Culpepper the experience she now needs as she assumes her new full time role.
“Anna and I have worked closely on many things like events,” she said. “I am confident I can do what needs to be done.”

Culpepper is not new to Humboldt. She has gone to church here since she was 15. Her father was the youth minister at First Baptist Church for many years. She actually met her husband there. Culpepper has the passion for Humboldt that is a necessity in her line of work.

“I am most excited about working with the Strawberry Festival volunteers,” Culpepper stated. “I love seeing how they come together and carry their own weight.”

“The other events and people in Humboldt I love as well,” she added. “Humboldt loves Humboldt and support the events here.”

If there are any hesitations for Culpepper, it is the slightest inclination that she might miss some of the minute details that Surratt did and no one ever knew.

“Beth has been through the Festival inside and out, and has worked closely with Anna the past few years. We have complete confidence that it’s in good hands going forward. Beth will be fantastic,” said Amanda Love, Humboldt Chamber executive director.

“I know she (Surratt) is only a phone call away though,” Culpepper added. “She is going to be a lifelong friend.”

October 22 will be Culpepper’s first day as a full time employee at the chamber. She is excited about the things and announcements that are coming down the pike.