Gibson County High School students and teachers showed off their school spirit with a full week of activities and festivities marking homecoming.

Senior Juliana Turner was named GCHS homecoming queen and was crowned by last year’s queen Julie Allen. Juliana is the daughter of Kevin and Jenny Turner and was escorted by her father. She is a member of the Beta club, FCA, SADD, and is secretary of the senior class. She has cheered for four years and was named UCA All American Cheerleader at camp. 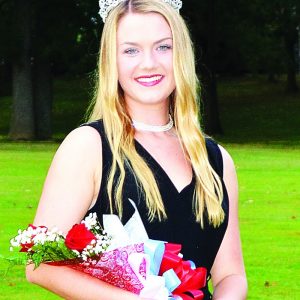