Close to 100 citizens attended a forum for the candidates vying for offices within the Gibson County Courthouse last Tuesday night, giving those men and women an opportunity to weigh in on the issues that they felt were crucial to their positions. Fourteen candidates offered their opinions on the challenges facing Gibson County and how they would approach them if elected. 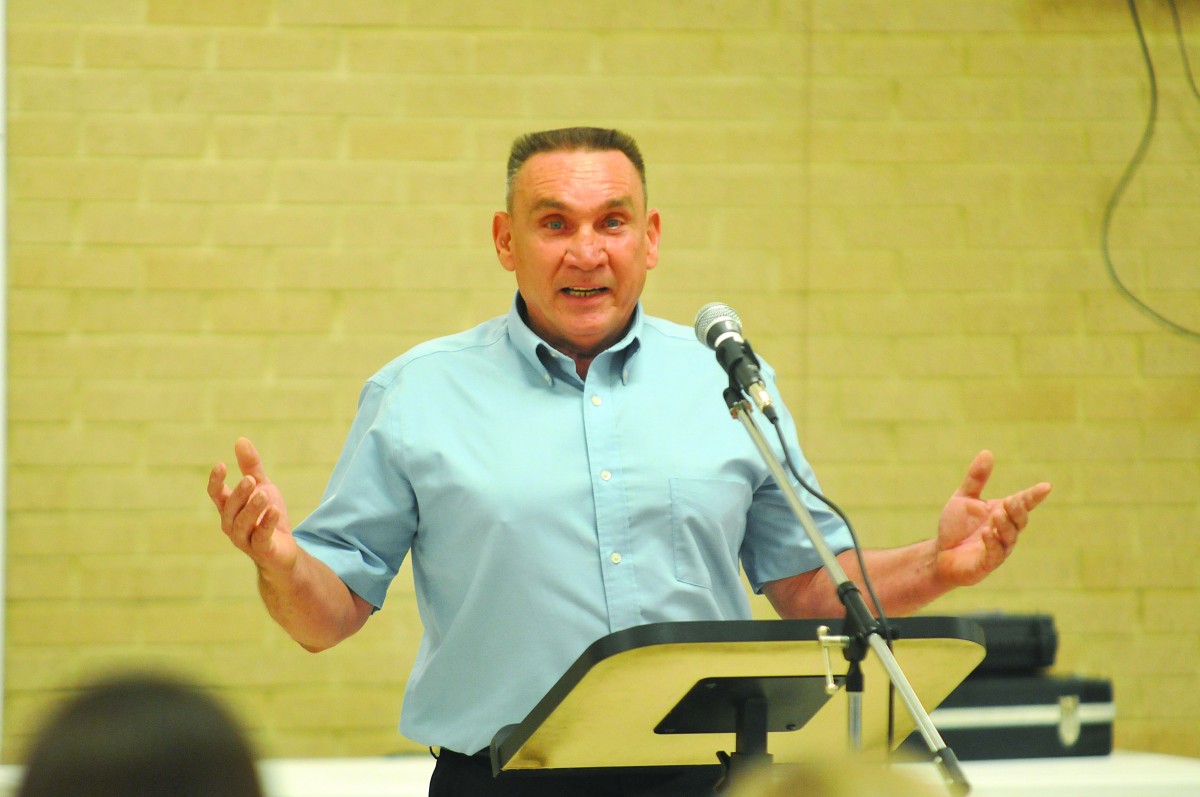 Tom Hartigan
Hartigan, a newcomer to the political arena, is a local business owner, managing approximately 40 rental properties. Hartigan moved to Milan from Chicago in 1997.
“Milan is fantastic,” Hartigan said. “You can be a part of this system just by caring.” 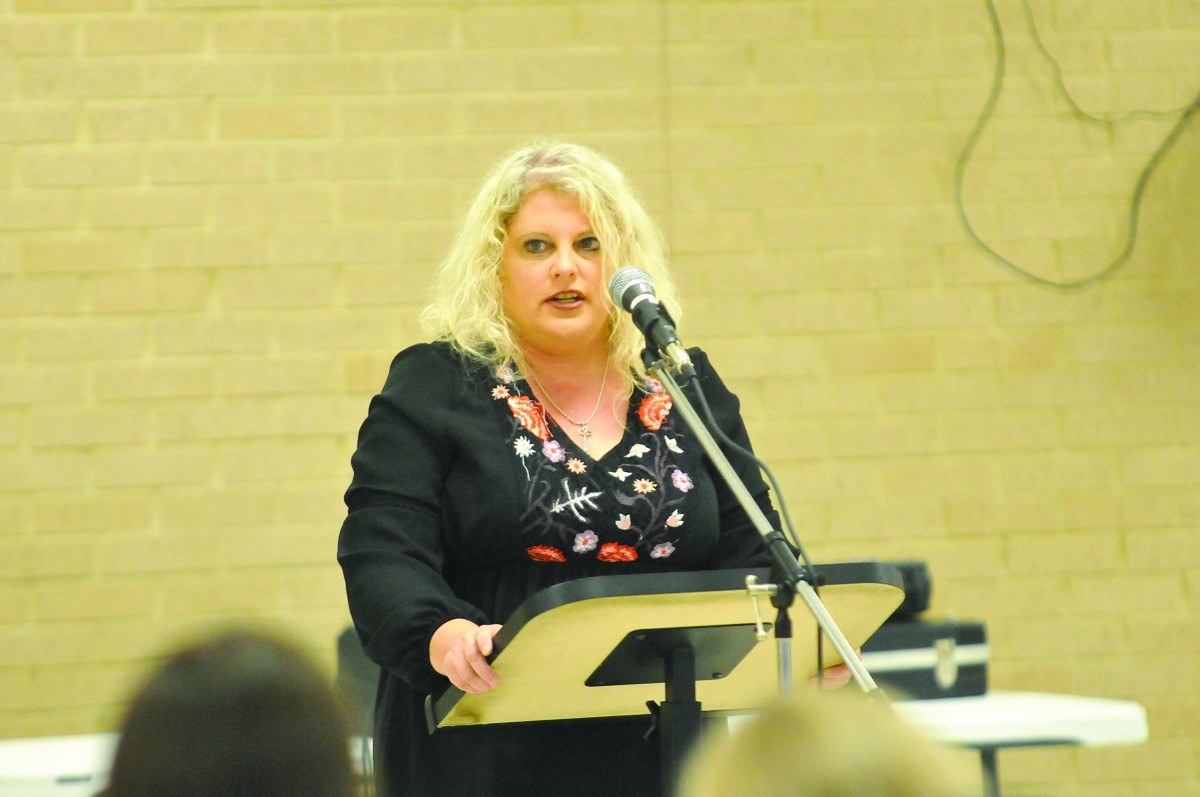 Dawn Shackelford
Shackelford touted her experience and leadership skills, noting that she would focus on the customers from her position if elected. Shackelford stated that she is knowledgable, dependable and has 20 years of experience in the Circuit Court Clerk’s office, working for 12 years as the Deputy Clerk in Humboldt. Shackelford said that she has cross-trained in every position in the Circuit, General Sessions and Chancery Court offices, but there is always room for improvement.
“I exist to serve the customers of the county,” Shackelford said. “I will cross train employees to better serve our customers.” 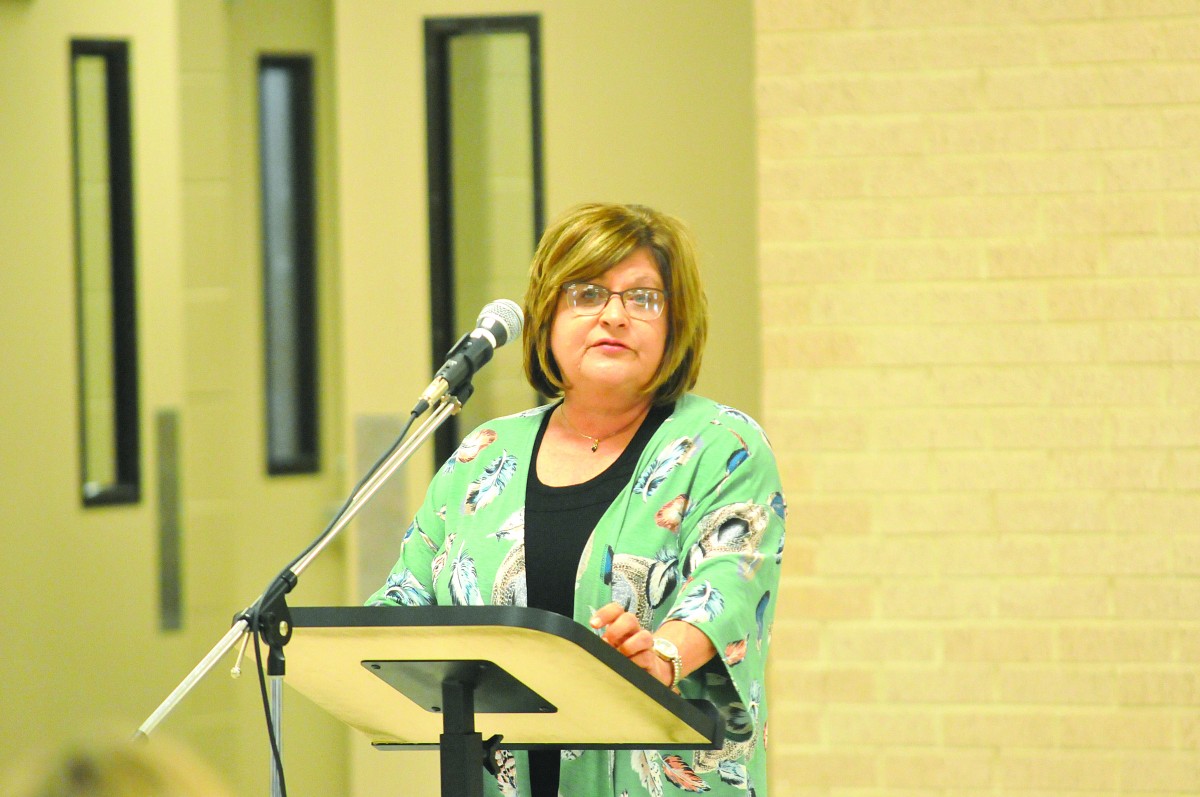 Cindy Flowers (incumbent)
Flowers began her career in the General Sessions and Circuit Court Clerk’s office 28 years ago, and has cross-trained in all of the positions within the office. Flowers stated that last fiscal year, $1,242,802.40 had passed through her office, and touted her hundreds of hours of training, budget experience and numerous clean audits.
Flowers also stated that her office has installed numerous updates, including a calling system for jurors and e-filing for THP tickets and hopes to extend that service to the circuit and general sessions offices. She added that she buys her supplies locally in order to keep money in Gibson County and support small businesses. 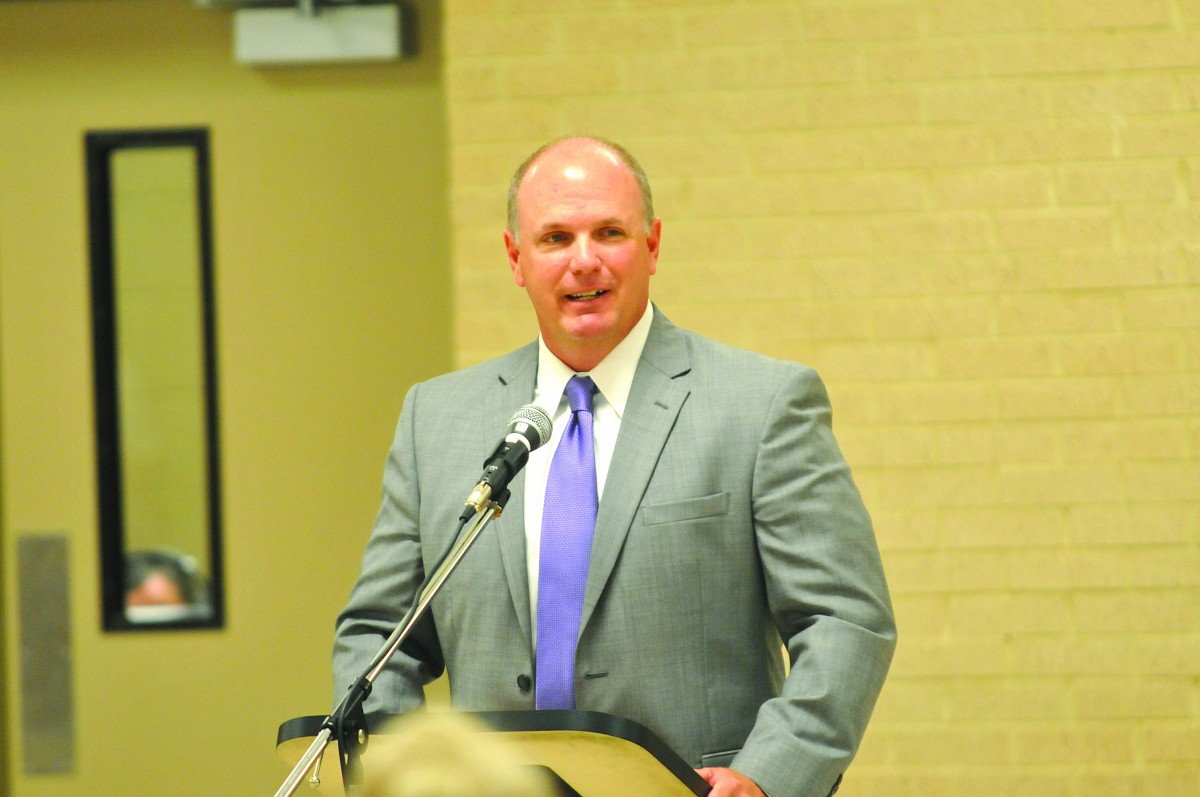 Paul Thomas (incumbent)
Sheriff Thomas began his career in law enforcement in 1995 with the Milan Police Department, then joined the Marine Corps shortly after September 11, 2001. Sheriff Thomas addressed what he called “the elephant in the room”, the recent incident involving a trustee walking off from a litter crew near Dyer. Since January 1, Sheriff Thomas stated that the litter crews have collected more than 124,000 pounds of trash, and only one trustee has attempted to escape.
“We won’t stop the program because of bumps in the road,” said Sheriff Thomas. “The benefits of the trustee programs save Gibson County hundreds of thousands of dollars each year. We may have another trustee walk away at some point. We will find him, bring him back, replace him and move forward.”
Sheriff Thomas also spoke to the budget issues, noting that the increases that have been made were due to medical reasons, but noted that his department has come in under budget each year. 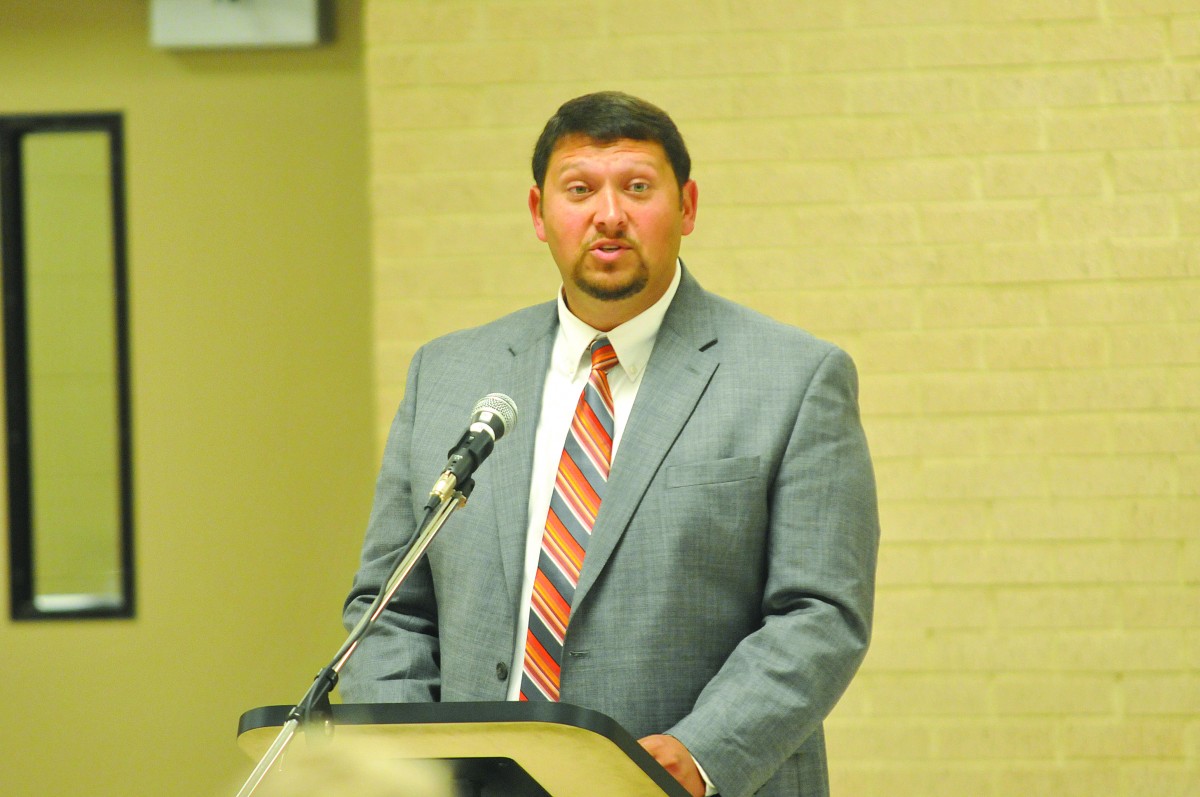 Taylor Atkins
Atkins’ law enforcement career began under Sheriff Shepherd as a correctional officer, and has since worked as a patrolman, in the courtroom and as a criminal investigator. Atkins noted that he has worked under the current Sheriff and the two previous Sheriffs, learning the “dos and don’ts” of the office.
“I have seen what works and what doesn’t,” Atkins said, “what can bring the county together and what can divide it. My experience gives me a little more to bring to the plate.” As a business owner, Atkins also stated that he is comfortable managing a budget, and would pursue grants that would place more SRO’s in the schools. 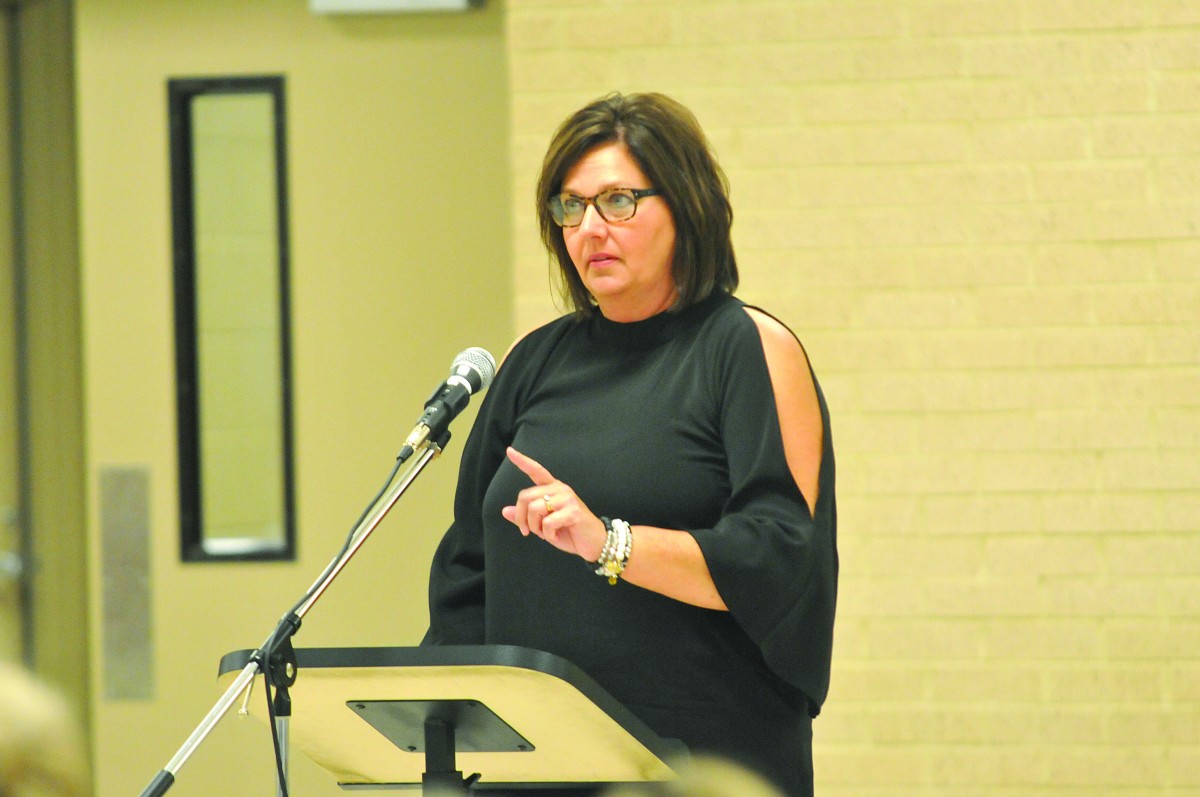 Melissa Workman
Workman noted that she has 8 years of experience in local government, serving as the City Recorder and Financial Officer for the City of Bradford. Workman is also licensed through the state as a Certified Municipal Finance Officer, and told voters that she would work to safeguard the millions of dollars that the office processes each year. 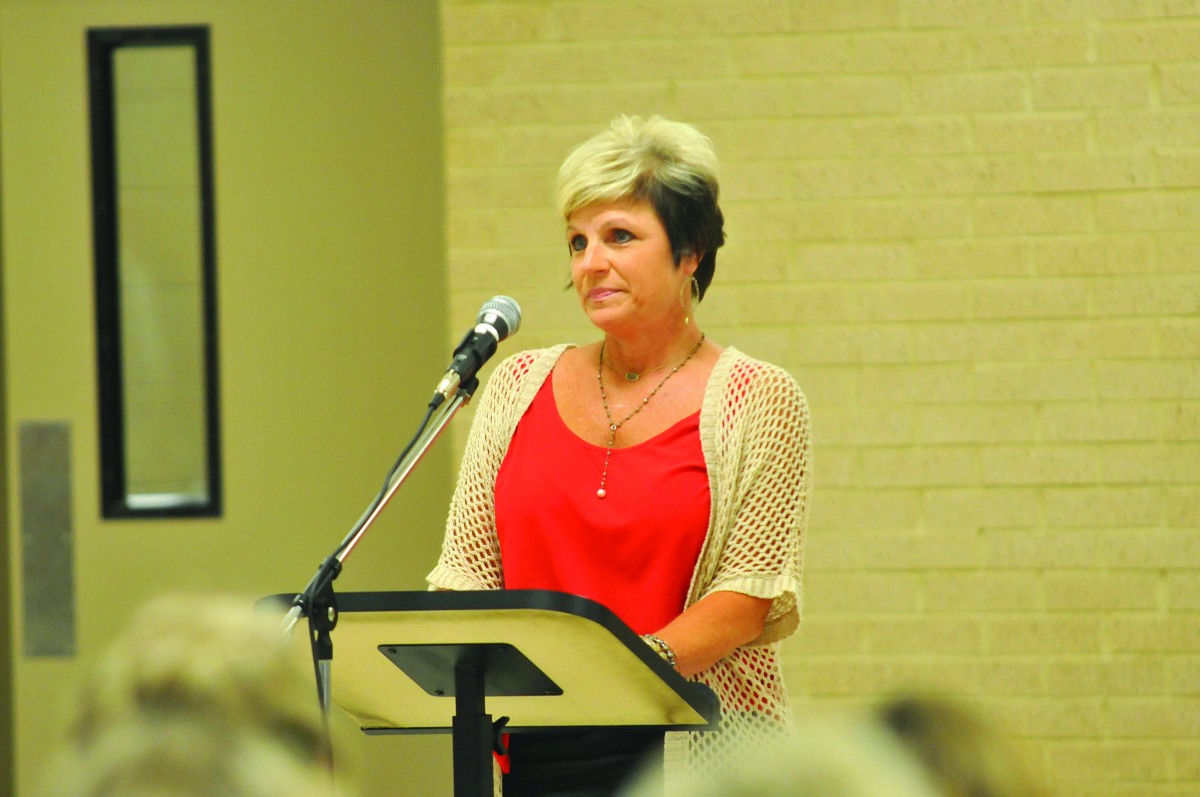 Wendy Richardson
Richardson stated that she has worked as a Deputy Clerk in the Property Assessor’s office and is humbled to have the opportunity to run for the office of Trustee. Richardson noted that working in the courthouse is a benefit to her candidacy, counting her good working relationship with the other county offices as a “huge asset”. 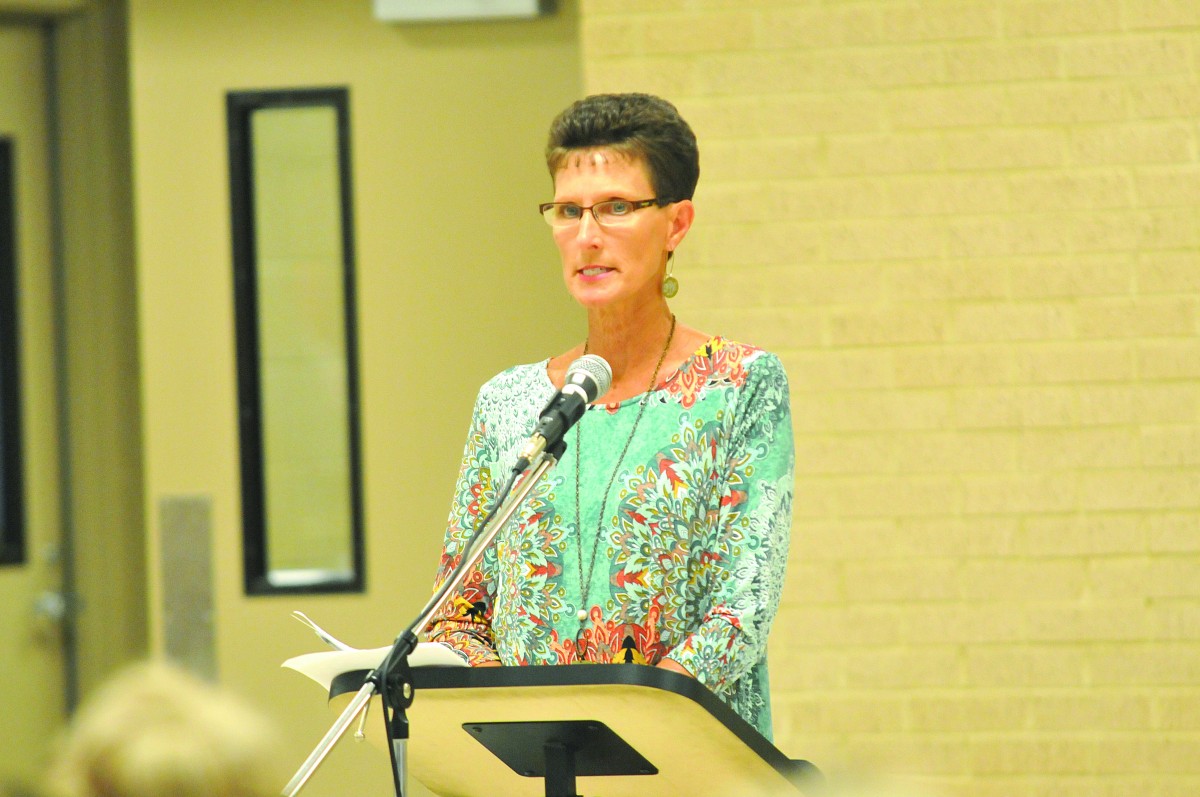 Barbara Davidson (incumbent)
Davidson was appointed to the office on May 17, and has worked as the Deputy Register of Deeds for 17 years. Davidson stated that she has overseen several updates within the office, which has scanned more than 100,000 documents into the computer system, dating back to 1889.
“Your home and your land are some of your most precious assets,” Davidson said. “You want it recorded by someone that has the knowledge and the experience.” 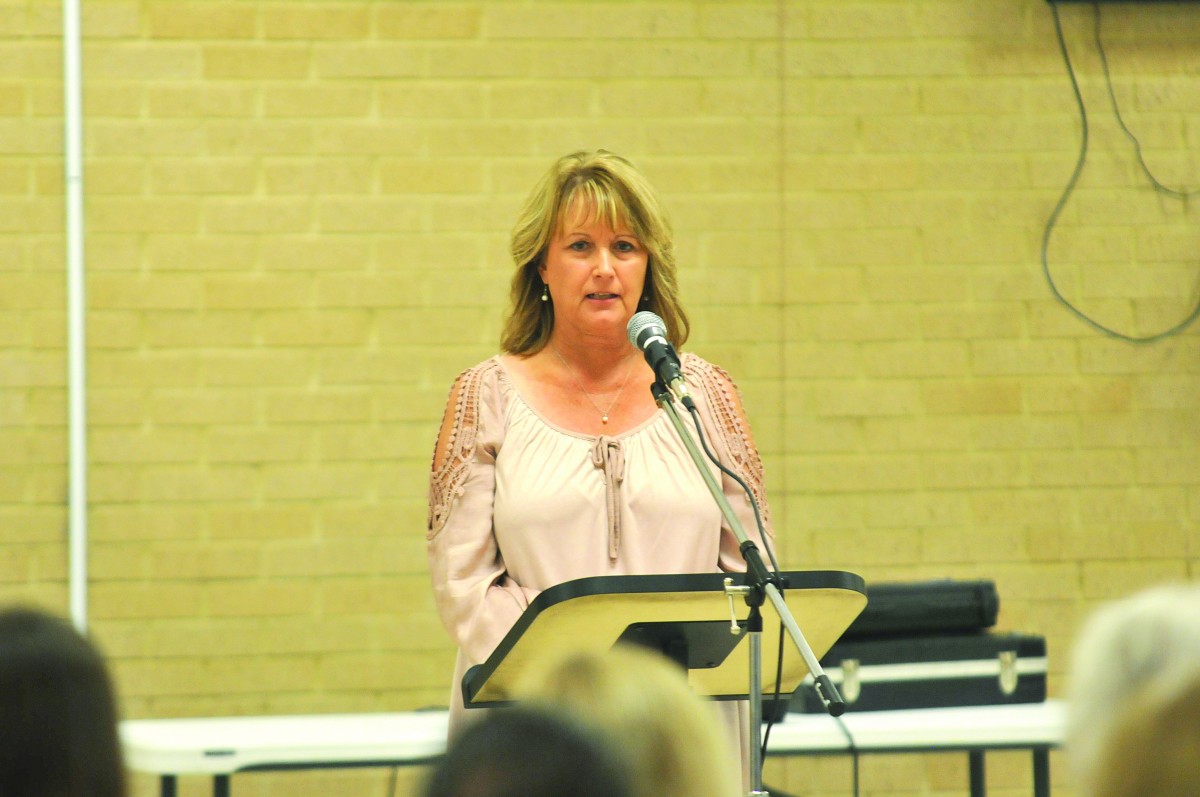 Pam Dethloff
Dethloff has been employed by Gibson County for the last 13 years, including 10 years as the Director of the Gibson County Office on Aging. Dethloff stated that her experience with budgeting, contracts, customer service and management, as well as overseeing nine employees, would benefit her in the position. Dethloff stated that, if elected, all documents will be maintained and recorded while providing excellent customer service to Gibson County. 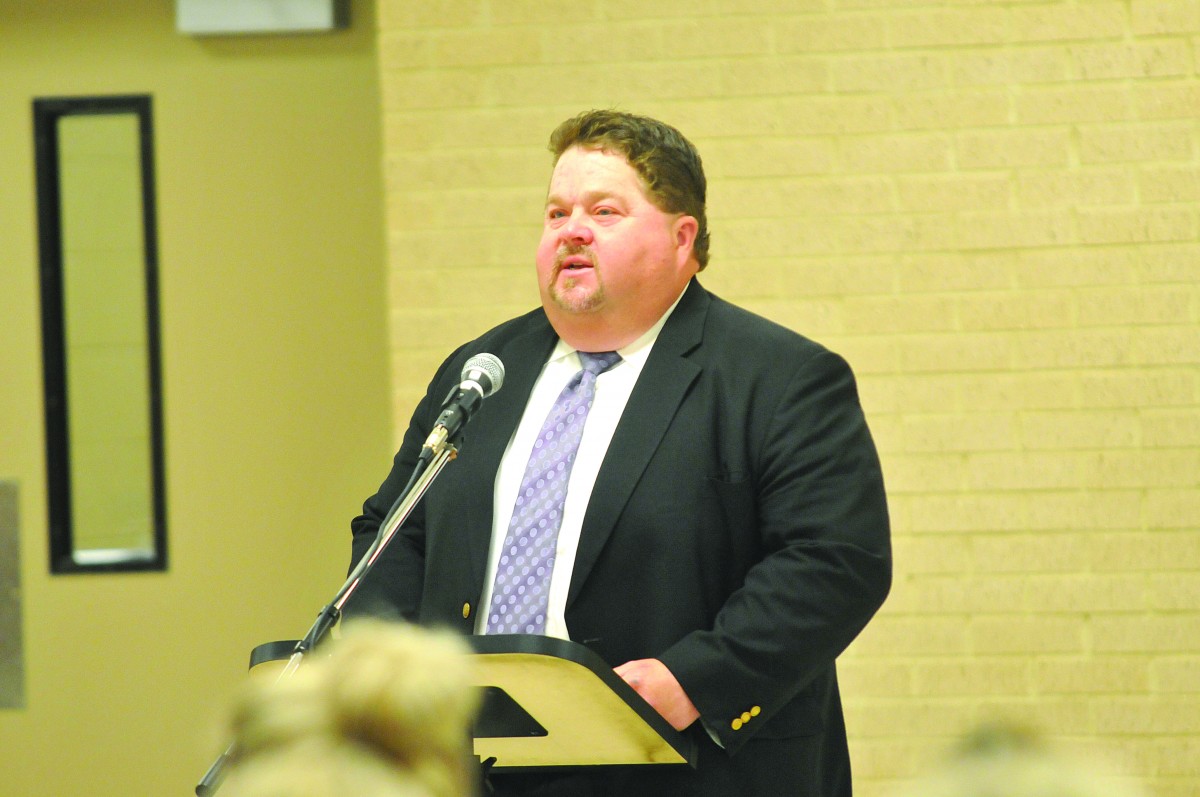 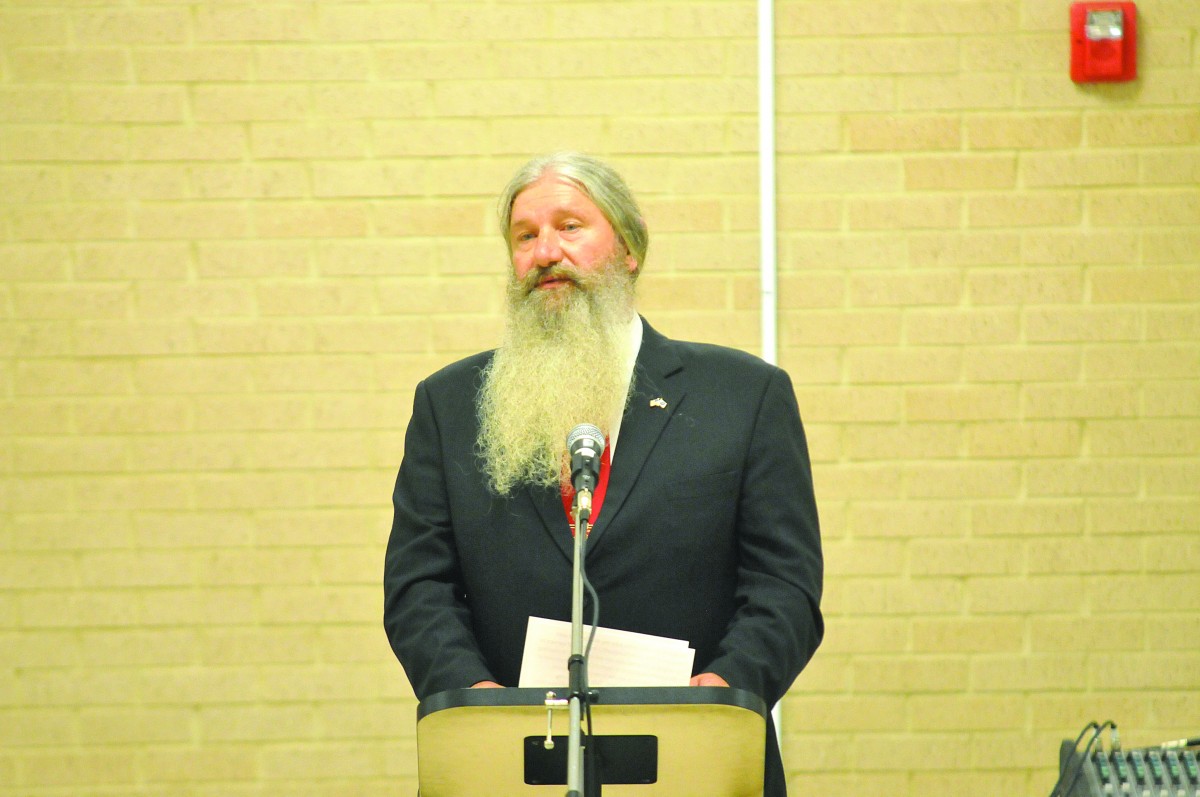 Tim Curry
Curry stated that he felt that being involved in local politics is more important than federal elections.
“City aldermen, county commissioners, mayors and school board members have a bigger impact on our daily lives than the president,” Curry stated, noting that he was concerned with the welfare of Gibson County residents. Curry said that he felt meetings with county commissioners should be held later so that the public can attend the meetings, not during working hours. Curry also stated that, as Mayor, he would “hustle” to recruit new industry to the county for the large workforce available, and get a fresh set of eyes on the budget to see what areas could be cut. 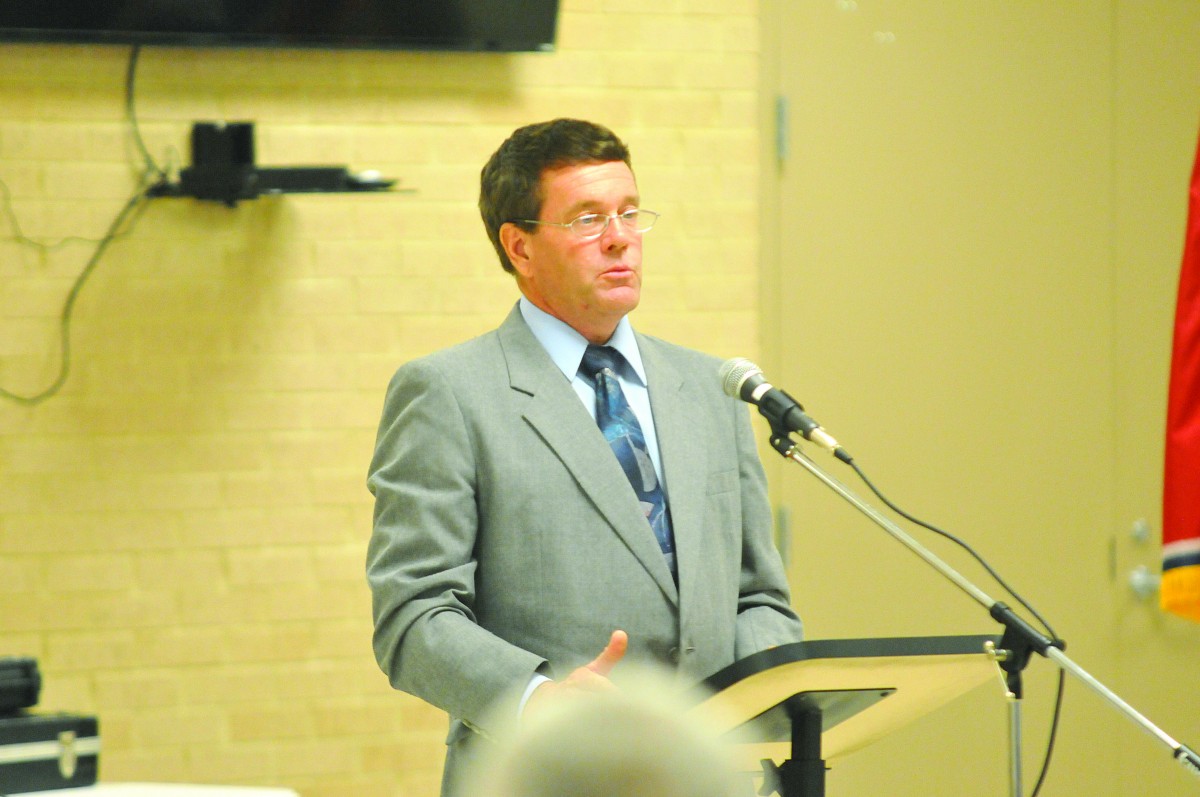