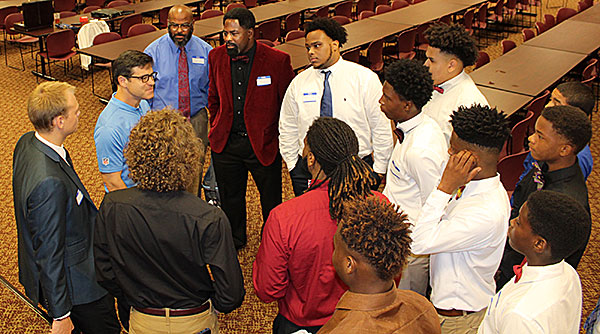 CHATTING WITH PLAYERS – Mike Keith (facing the players), the Voice of the Tennessee Titans stayed after the Rotary Club’s meeting last Friday to talk to members of the Humboldt Vikings and Jr. Vikings. Keith, as a commentator, has a vast knowledge of football, which he shared with the young men and coaching staff. Much of the meeting’s program was geared toward the Humboldt football players talking about dedication, respect, courage and what it takes to be successful as a football player. 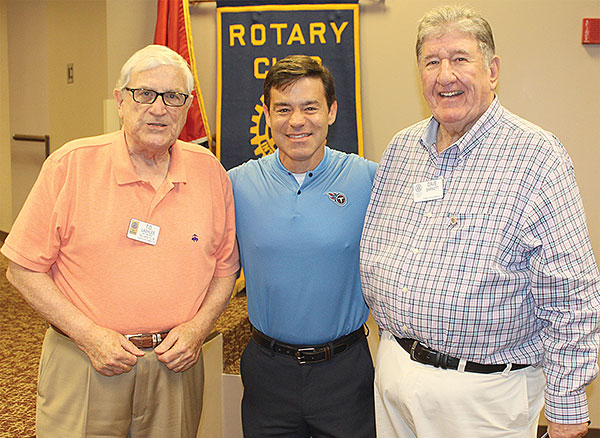 VOICE OF THE TITANS – Mike Keith, the Voice of the Tennessee Titans (center) was the featured speaker during Friday’s Humboldt Rotary Club meeting. Keith spoke about some of his favorite memories over the years covering the Titans including several years ago when the Titans’ Caravan came to West Tennessee with famed quarterback Steve McNair, who Keith says is the best athlete he’s ever known. Keith also witnessed and called play by play during the play known as the Music City Miracle. Welcoming Keith to the meeting are program chair, T.O. Lashlee (left) and club president, Dave Barnett.