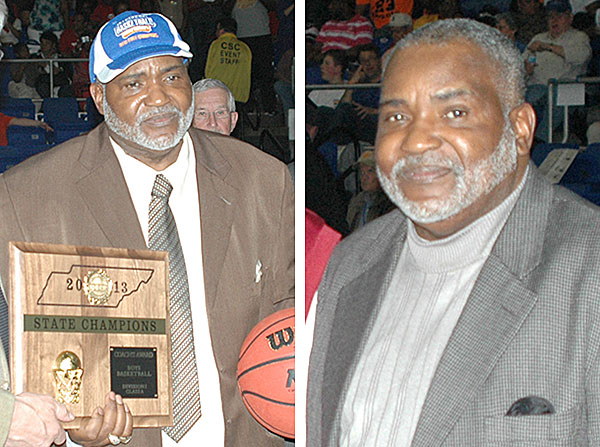 Humboldt has lost another favorite son. Legendary basketball coach, Thomas Boykin, passed away Saturday, June 23 at Vanderbilt Medical Center at the age of 66. Boykin leaves his wife of 33 years, Lucy, and son Donvinnie.

Over a 40-year career, Boykin coached and mentored hundreds of Humboldt kids of all ages. 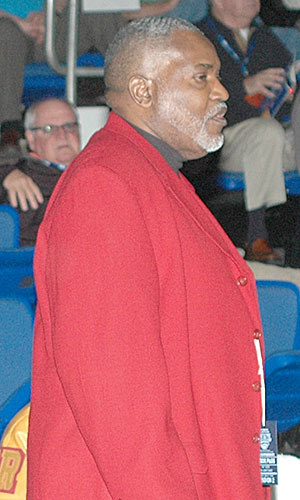 “Coach Boykin was an icon in the Humboldt community,” Dr. Hamlett shared. “Coach Boykin was integral in Vikings athletics for 40 years with 17 years as head boys basketball coach. Coach Boykin acted as a father figure for many of his young men as well as all students as he served as assistant principal. Even after he retired, Coach Boykin continued his involvement with our students by working in the athletic department.”

Coach B, affectionately known by students, school staff and friends, coached basketball in Humboldt for 17 seasons. Trips to Murfreesboro were common for many of his teams and players. In all, Boykin’s Vikings made the trip to the state tournament six times.

“Coach Thomas Ray Boykin was one of kind,” DeLoach penned about his friend. “Coach B and I go back all the way to when he was coaching at the junior high. From there it was to the high school and his coaching career took off with numerous trips to the ‘Boro. Coach Boykin was always fair and expected the best out of his players. Coach Boykin could not stand it when players missed free throws. He always said, ‘They were free and we needed everyone of them.’ Players knew that if they missed more than two in a row that when you went to line again, a sub would be waiting at the scorer’s table to take their place.

“The crowds loved dunks. Coach Boykin was not a big fan of the slam,” DeLoach added. He liked it as long as they went in and if you missed the dunk, you were coming to the bench.

After numerous attempts to win a Gold Ball, the 2013 Humboldt Viking team powered through the region, sectional and state tournaments, giving Boykin his only State Championship. 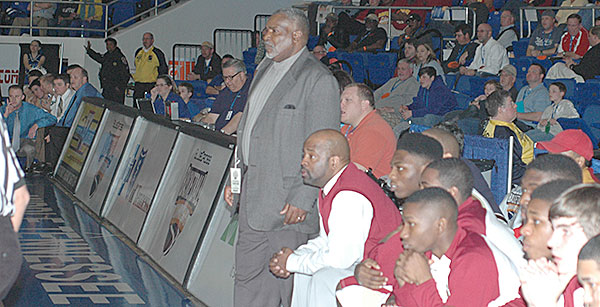 In route to being named Tennessee Class 1A champs, Boykin’s Vikings accomplished a feat rarely seen. Region 7 foe, Lake County, lost both regular season games to Humboldt. In the region tournament, the Vikings got the best the Falcons for a third time. Both teams advanced to the sectionals where the two teams met up for a fourth time. Once again, Humboldt bested the birds, but the top two teams advanced to the state tournament.
Once the Vikings got to Murfreesboro, they took care of business with a 65 to 47 win over Mt. Pleasant. In the second round, Humboldt beat Wartburg by six points, 64-58. Along the way, Lake County also advanced where the two West Tennessee teams met up for a historic fifth time in the same season. Boykin’s guy completed the sweep with a 61-58 win over Lake County for the championship title and took home the Gold Ball trophy.
Boykin received the Coaches Award that year after the State Tournament. 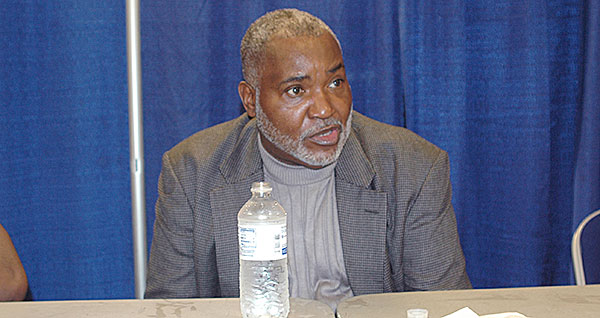 Coach Boykin at a press conference after the Vikings’ semi-finals win in Murfreesboro.

Students who played under Coach B loved him. He was a no-nonsense coach when it came to practice and game time. But he also let the youngsters have fun. It was that balance that brought out the best in his players. For those who would not buy into Boykin’s style of coaching, it was his way or the highway.

As much as he loved coaching boys basketball, Coach B was much more than just a coach. He taught in the classroom, was a disciplinarian serving as an administrator in the high school office for a few years.

Boykin retired from coaching in 2014, only to come back a few years later as an assistant football coach, a sport he had very little experience in. Yet, coaching is coaching when it comes to mentoring young players.

Outside of the school campus, Boykin had a passion for hunting. Coon (raccoon) hunting and rabbit hunting were among his favorites.

“Coach Boykin had to watch what he would eat and many times he would sneak a hot dog at an away game,” DeLoach added. “I always told him I was going to tell Ms. Lucy but he would say that he would tell her if she needed to know.”

“Coach Boykin was loved by many and will be sorely missed,” DeLoach lamented. “To Ms. Lucy and his children, we lift you up in prayer during this time of your loss.”

“Coach Boykin will be missed tremendously,” Dr. Hamlett said. “Our thoughts and prayers are with his wife, Lucy, and his entire family.”

The Humboldt Viking basketball team has been a powerhouse over the past several years. And there is one constant during this time period—Coach Thomas Boykin.

Over the past six or seven years, Boykin has taken his team to the sub-state or state tournament. But building a winning program took some time, he admits.

“Early on at the high school, we struggled to have a .500 season,” Boykin said. “There was talent there but not discipline. We had to restructure and I had to mold them to how I wanted them to play.” 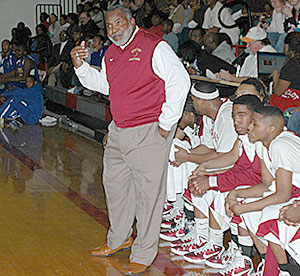 WINNING COACH – The dapperly dressed Humboldt Viking basketball coach, Thomas Boykin, had been on the sidelines for several years. Boykin had built the program into one of the finest around, taking the Vikings to the sub-state or state playoffs the past six years at the time of this picture in 2011.

Boykin is a hometown product of Stigall High School where he played basketball, football and ran track. He graduated in 1969. He received a football scholarship to Lane College but in his high school senior year, Boykin said he “tore up” his knee.

“I never got to play college ball,” Boykin sadly noted. “But Lane still accepted me.”

In 1973, Boykin earned BS degrees in biology and physical education. After college he went into the workforce at Alton Box in Humboldt. While there he took on substitute teaching jobs with Humboldt schools. In 1974, Boykin took a position at Humboldt Jr. High School as a science teacher, a position he held for 10 years.

“I always desired to be a coach,” he recalled. “Randy Horn was the basketball coach but he left right before the season started. I told them, I would give it a try for one year. I’ve been coaching ever since.”

Boykin took to coaching with a passion as if he had done it all his life. Most seasons at the jr. high, his team had winning seasons, once going undefeated at 20-0.

Coach Boykin laughed about a scrimmage or warm-up game between his eighth and ninth graders taking on the high school team and winning. He said his team, although younger, had a lot of talent and more height than the high schoolers. He joked and said they quit playing that warm-up games after that!

Boykin changed the way the Vikings played basketball. He went to a pressure defense, up-tempo game. After a couple of years, the Vikings “started to go uphill” he said.

As a young boy in the second grade, Boykin’s father passed away. He remembers how his coaches became father figures to him and were positive role models in his life. He credits the likes of Willie Poston, Jesse Apple, Johnny Cyrus and Glen “Chief” Waldon for steering him in the right direction. He admits that he needed their direction to stay out of trouble.

“They kept me straight,” Boykin said. “It’s my turn to pay back.”

Now Boykin serves as the role model for many of his players and other students.

“I enjoy coaching and for some of these kids, sports is their ticket,” Boykin added. “It keeps them out of a lot of things. And to some, I am a father figure. They call me day and night. Now I’m the one trying to steer them in the right direction.”

When fans go to watch the Vikings play, they may see Boykin screaming and yelling at his players. He even admits he gets excited and is a stern disciplinarian. But rarely do the fans see his softer side when he receives hugs from his players after the games or down the road when former players come to see him. Both discipline and compassion combine to make him an effective coach, and he now has the record to back it up.

“You can’t save them all,” he said of his players as they move on with their lives. “But if I save one, and they come back to tell you how you’ve helped them, that’s better than money!”