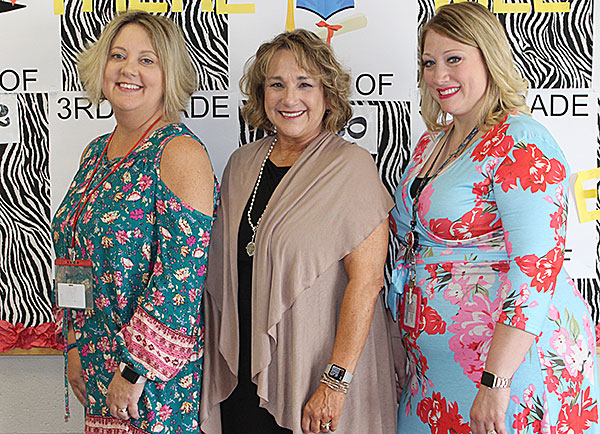 After a career that spans over four decades, a Humboldt educator is calling it quits. East Elementary School principal, Charlotte Shivley announced her retirement recently.

Shivley has been in the education field for 41 years, the past eight at East.

“I never thought I would get past 30 years,” Shivley said as an educator.

“This has been the best experience in my career,” she said of her time in Humboldt. “That’s why it’s so hard to leave.”

Shivley started her career in 1977 at Beach Bluff Jr. High School as a science, math and home economics teacher. She was also the cheerleader sponsor, which she called a fun experience.

She continued her education, earning a Master’s Degree in Elementary Education, and moving to Malesus Elementary for six years teaching 5th and 6th graders.

After 27 years teaching, Shivley left the classroom to become an instructional coach at Arlington Elementary. Shivley went back to school in her 50s to get an administrative degree.

“I applied in Humboldt,” Shivley recalled, wanting the principal position at East. “I had heard great things about the school. (Former superintendent) Steve Bayko hired me.”

Shivley praised Dr. Carolyn Stewart and Becky Kolb for helping her as a first-time principal.

After Bayko left Humboldt, Dr. Versie Hamlett was hired as director of schools. Shivley and Dr. Hamlett had worked together in Jackson. That previous working relationship helped make the transition go smoothly, she said.

When Shivley heard Dr. Hamlett’s remarks, she teared up a bit and said that was one of the nicest things she’s ever been told.

“She always had students at heart,” Dr. Hamlett continued. “She has a passion to educate children. She will truly be missed.”

“I appreciate the support of Dr. Hamlett and all the central office,” Shivley noted. “And that will continue with the next leader of this school.”

During Shively’s tenure at East Elementary, the school has continuously made gains each year. In August of 2015, East was recognized as a Reward School for being in the top 5-percent of schools in Tennessee for performance growth.

Shivley said Dr. Hamlett had a lot to do with the school making such phenomenal gains. She also praised her teachers for their commitment to educating Humboldt’s kids.

The following year in 2016, Shivley was one of three finalists for Principal of the Year. Again Shivley wouldn’t take all the credit. Instead she focused on her team of teachers and staff at East Elementary. Shivley gave much of the credit to Dr. Hamlett.

“She made me a better principal,” Shivley said of Dr. Hamlett after being named a finalist in 2016. “She told me things I needed to hear. She set me in the right direction.”

Now, looking back at her career in Humboldt, Shivley said one of the things she is most proud of is the culture she helped create at the school. Students are calm and orderly. She noted that people coming into the building notice how orderly the students are.

Part of that culture Shivley spoke of includes being visible in the building.

“I greet students in the mornings coming off the bus,” Shivley said of her daily routine. “It’s important for the students to see me. I greet the teachers as well.”

When asked about challenges of being principal, Shivley one is the chronically absent. She and her staff had to “buckle down” and make parents aware of how important it is for the kids to be in school every day. Principals across the state struggle with this same problem.

In order to be a good principal or administrator, you have to be able to make those tough decisions. Shivley said a good administrator will “create but not allow” when those hard decisions must be made.

With retirement set to begin June 29, Shivley said she doesn’t have any immediate plans other than spend more time with her family, kids and husband. She didn’t rule out taking a part-time job down the road.

“I have a lot of hobbies—I like to paint,” Shivley said of how she might spend her time. “I would like to travel. When you are on a 12-month contract, there’s little time to travel.”

“It’s bittersweet,” Shivley said. “What I’ll miss the most is the personal relationships with the teachers and staff. For about a third of my staff, I’m the only principal they’ve had.

With Shivley having just over a month until retirement, Dr. Hamlett hopes to have a new principal in place within the next few weeks.

“There are some great candidates,” Dr. Hamlett said of the next leader of East Elementary School.

“It’s always good to have new blood,” Shivley said of her successor.

Shivley will be here during part of the transition period and will assist any way possible to make the transition as smooth a possible. She believes it will be a smooth transition, not due to her help or assistance, but instead due to the fact that East is full of good teachers and students. 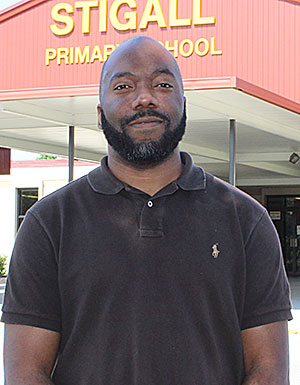 WILLIS LEAVING STIGALL – Stigall Primary School principal, Richard Willis, is leaving his position after accepting a position with Jackson-Madison County Schools. He will start his new job as principal of Isaac Lane Elementary School in July.

Humboldt City Schools has lost its third principal in three weeks. Stigall Primary School principal Richard Willis has accepted a job with Jackson-Madison County Schools and will be leaving in June.

This is Willis’ second stint as an educator with Humboldt Schools. His first job in Humboldt was in 2010 as a fifth grade teacher at East Elementary School. At the time, newly hired principal at East, Charlotte Shivley, enticed him to come to her school in Humboldt.

After two years at East, Willis moved back to JMCS as a consulting teacher/assistant principal at Northeast Middle School for one year.

In 2013-14 school year, Willis was offered and accepted the principal position at Stigall Primary School, a position he’s held until now.

“I would have loved to be here another couple of years, but the timing was right,” Willis said last week. “I’ll be principal at Isaac Lane Elementary School in Jackson.”

“Mr. Walker will be at JCT and I’ll be at Isaac Lane,” Willis noted.

Willis will be going from Stigall, a pre-k – first grade school with 330 students, to Isaac Lane with upwards of 600 in grades Pre-k through third.
Since being at Stigall, Willis has continued his education. He earned his Master’s Degree as an Education Specialist and plans to pursue a doctorate degree as well.

“My goal is to be a district administrator or university professor,” Willis added. “I’m still young and have lots to think about.”

Leaving Stigall was a hard decision to make, especially after all the work he and his staff have done to build the culture in the school.

“That makes it easy to come to work each day,” Willis explained. “Working with the kids is rewarding in itself but working with my staff, the central office and the other schools, makes it easy. Being here was a great start. I couldn’t have asked for a better situation to get my feet wet as an administrator.”

“Mr. Willis has been an asset to Stigall Primary School,” Dr. Hamlett said. “He has led his faculty and staff through a building renovation as well as a new curriculum this year. I know that he has a successful career in front of him. I wish him the best as he transitions to his next opportunity.”

As a first-time principal at Stigall Primary, Willis said it was a bit of a challenge.

“The school had been through several principals before I got here,” Willis noted. “I had to build trust with the staff. Once we got that family-like atmosphere, we worked great together. I continue to deal with how to meet the needs of the kids emotionally and socially. We’ve worked hard to understand their needs. Those things can be barriers. If kids don’t feel safe and feel loved, we can’t teach them. It’s all about building relationships with the students.”

Willis believes the school is heading in the right direction and has faith in the staff to continue on course. For students in the age group at Stigall, it’s the first exposure to school. Willis said he and his staff take a proactive approach to get the kids ready for the other schools.

“I’m going to miss the people I work with the most,” Willis said of leaving for a new school. “They accepted me, gave me a chance and supported me. Even in this transition, they’ve supported me. I will miss them.”

Willis said he has received lots of support from several people within Humboldt City Schools. One of those is the lady he called his right-hand person, instructional coach Mia Neely. Diane Hammonds and Jennifer Roten from the Central Office are two friends Willis said had gone above and beyond supporting him.

“Dr. Hamlett has done so many things for this district,” Willis added. “It has been an honor to work for her.”

But one person that has been Willis’ cheerleader for many years is principal Shivley.

“She saw something in me,” Willis said. “She brought me here. She even helped me this job at Stigall. I will forever be in her debt. We have a great relationship.”

At his new position with Isaac Lane, Willis said the make up of students will be similar to Stigall, just twice as many. He had his first meeting with his new staff last Tuesday afternoon.

Willis said Isaac Lane and Stigall have the same curriculum, which will greatly help the transition into his new environment. He called it a bonus.

“I want to thank the people of Humboldt—they’ve been so nice to me,” Willis said. “I’ll really miss the smiling faces.”