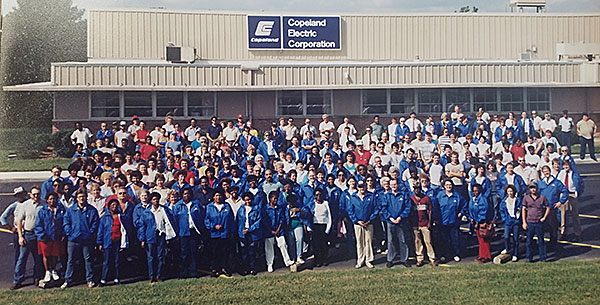 A Humboldt factory closed its doors many years ago. Now, over a decade later, a former employee wants to have a reunion for former workers.

Vennie Davis, a Humboldt resident and active member of the Humboldt Senior Center and Holsey Chapel CME Church is working to organize a reunion for the former employees of Copeland Electric/Emerson Electric.

Davis was hired to work for Copeland Electric, then located at 957 Mullins Street in Humboldt, on January 5, 1977. She was hired by Karen Bowen. 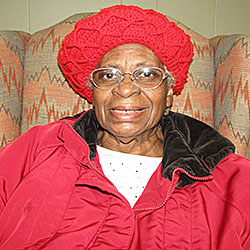 SEARCHING FOR HELP IN PLANNING A REUNION – Vennie Davis, 72, is reaching out to former employees of Copeland Electric and Emerson Electric to help her organize a reunion for the coworkers of days gone by. The reunion has been scheduled for September 1, 2018 from 8 a.m. until 4 p.m. at Bailey Park in Humboldt.

She vividly remembers her starting pay of $3.98 per hour. Her clock number was 247 and her department number was 220.

“I worked in the rotor department, hired in under labor grade nine.” recalled Davis.

After sustaining an injury in 2004, which required her to be out of work on leave, Davis, who knew the company was going to close, was asked if she would like to accept an early departure package. She did. There were some employees who continued until 2005 when the doors of the plant closed for the last time.

At 72 years of age, Davis now spends every weekday as an active and vibrant member of the Humboldt Senior Center, which is under the direction of another former Emerson Electric employee, Archie Cox. Davis was born August 28, 1945 and tells people there is a Bible reference to correlate to her date of birth. (Romans 8:28).

There have been some reunions for employees of Emerson Electric in the past. However, Davis believes the work family members are overdue for another reunion. She has set a date for September 1, 2018. The reunion will be held at Bailey Park from 8 a.m. until 4 p.m.

Davis believes she needs the help of other former employees to pull off the large-scale reunion she envisions. One thought she has is that each department could have a tent and members of that department could gather at their assigned tent from time to time throughout the day.

Davis can be reached at the Humboldt Senior Center at 784-1137. Cox is also available at that number. Paula Miller, 784-4266, and Annie Donald, 824-1274, are two others Davis believes will be beneficial in organizing the event.

All former employees of Copeland Electric and/or Emerson Electric, are urged to contact one of the numbers listed above and help Davis make her idea come to life.