A robbery in Humboldt last Monday ended in a standoff between suspects and numerous law enforcement agencies Wednesday afternoon at a home in the Cades community.
According to Gibson County Sheriff Paul Thomas, 36-year-old Charius D. Ross, of Humboldt, and 20-year-old Catherine E. Connors, of 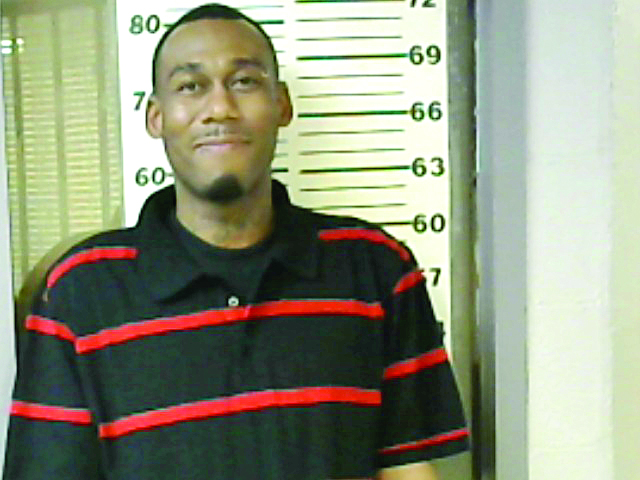 Murfreesboro, were taken into custody Wednesday afternoon after a standoff with law enforcement agencies.
Ross and Connors were wanted in connection with an armed robbery that took place around 11:00 a.m. Monday morning at a Humboldt motel. Humboldt police stated that the couple held the victim at gunpoint taking money and property, then fled the scene in a red 2006 Nissan Altima.
Following the robbery, Ross was added to the Tennessee Bureau of Investigation’s 10 Most Wanted list on Tuesday. Sheriff Thomas said that Ross’ lengthy criminal record and a history of violent crimes were likely what precipitated the TBI’s action.
“He was just too violent an individual to have on the street,” Sheriff Thomas said, “especially since he was armed.”
Sheriff Thomas stated that the couple were located around noon on Wednesday, when a member of the Gulf Coast Regional Fugitive Task Force 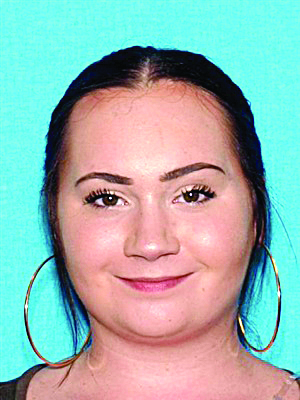 discovered a white Jeep that had been reported stolen in Humboldt the night before. It is still unclear how the pair came to hide out at the residence, but Sheriff Thomas said that it is possible Connors might have known or been related to the occupants of the home. Sheriff Thomas stated that the two residents cooperated with law enforcement and left the home when police arrived.
Agents with the TBI, U.S. Marshals, Tennessee Highway Patrol, Gibson County Sheriffs Department, West Tennessee Violent Crime and Drug Task Force and the Milan, Trenton, Humboldt and Jackson police departments helped secure the area and bring the standoff to a close. K-9 units set up a perimeter around the house, while the THP surveyed the area by helicopter.
The S.W.A.T. team fired a tear gas canister into the home to drive the suspects out of hiding, then brought in a crew from Milan Public Utility to cut off the electricity to the home.
“We knew the house was on a well, so we thought cutting off the power would keep the suspects from washing the tear gas out of their eyes,” said Sheriff Thomas.

After deploying the tear gas, the tactical team used a robot provided by the Milan Police Department to locate the suspects inside the home. Sheriff Thomas said that Connors was found hiding in the bathroom, attempting to wash the tear gas from her eyes.
Once law enforcement located the suspects, they instructed the pair to surrender. Conners reportedly came out of the home 1.5 hours before Ross. Once Ross was determined to be alone, the S.W.A.T. team recovered a container of items from the stolen vehicle, which included a weapon that matched the description of the firearm used in the Humboldt robbery.
“We were hesitant to go in because we knew that he could be armed,” said Sheriff Thomas, “but once we found the weapon in the vehicle, we made the decision to go in and get him.”
Sheriff Thomas stated that law enforcement officers found Ross hiding in the cabinets under the sink, and took him into custody around 5:00 p.m. without incident. No shots were fired in the standoff and no one was injured in the Monday robbery.
Ross and Conners are currently charged with Aggravated Assault and Aggravated Robbery. Ross is also being charged with being a felon in possession of a weapon. 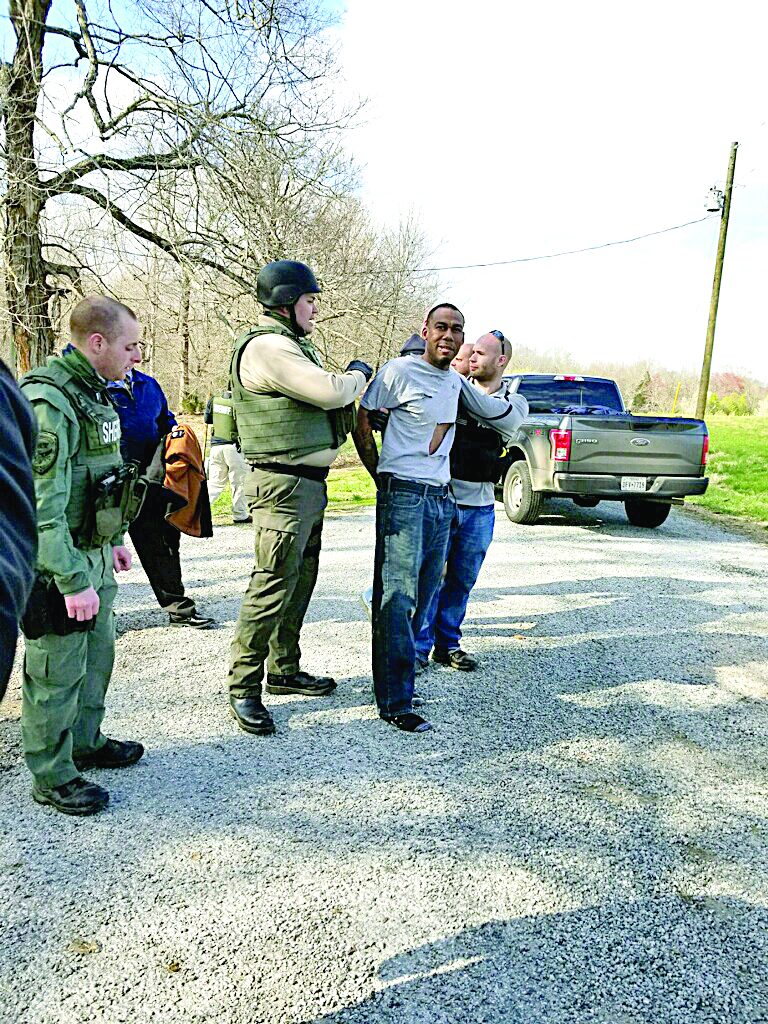 SUSPECT APPREHENDED – Charius D. Ross is taken into custody by the Gibson County Sheriff’s Department following a standoff with numerous law enforcement agencies last Wednesday. Ross and Catherine Connors were apprehended at a home on Farrow Lane in the Cades community. Photo submitted. 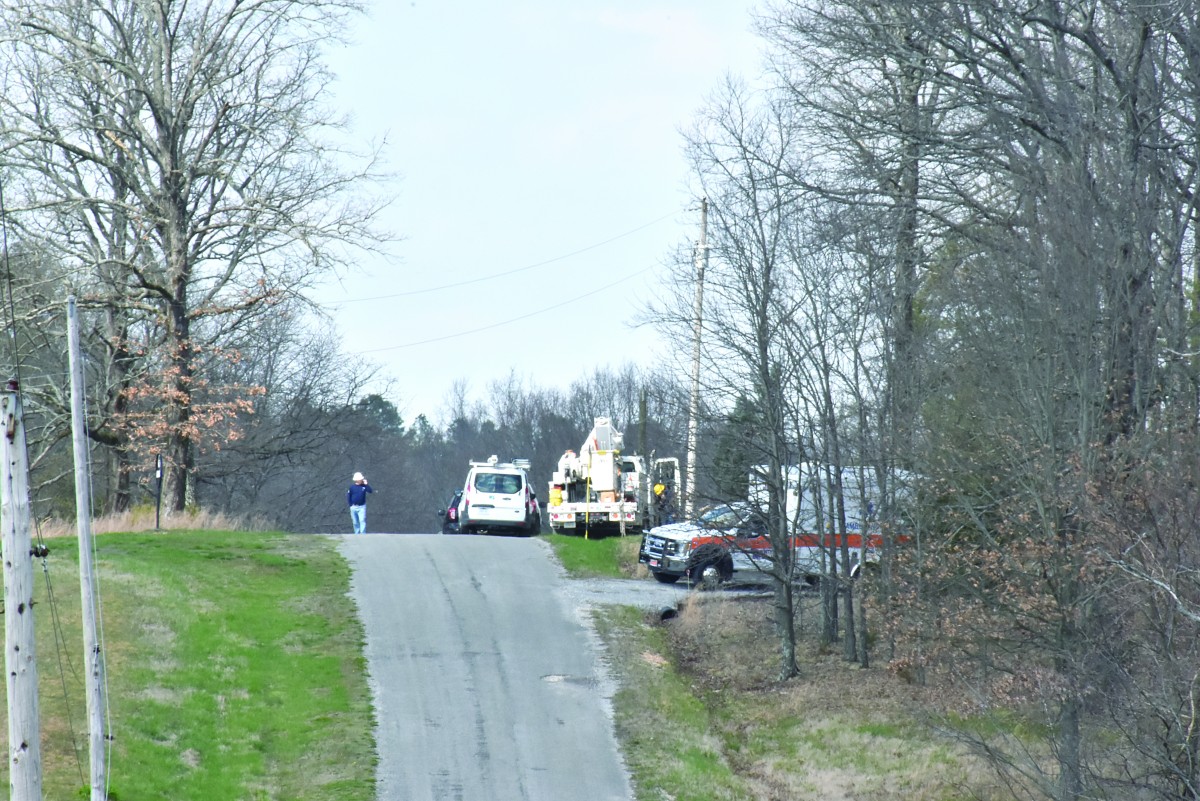 SWAT TACTICS – Law enforcement and emergency medical services stand by as a crew from Milan Public Utility cuts off power to the home on Farrow Lane. Sheriff Thomas stated that the home was on a well, and that cutting power could prevent the suspects from rinsing the tear gas out of their eyes. Photo by Logan Watson. 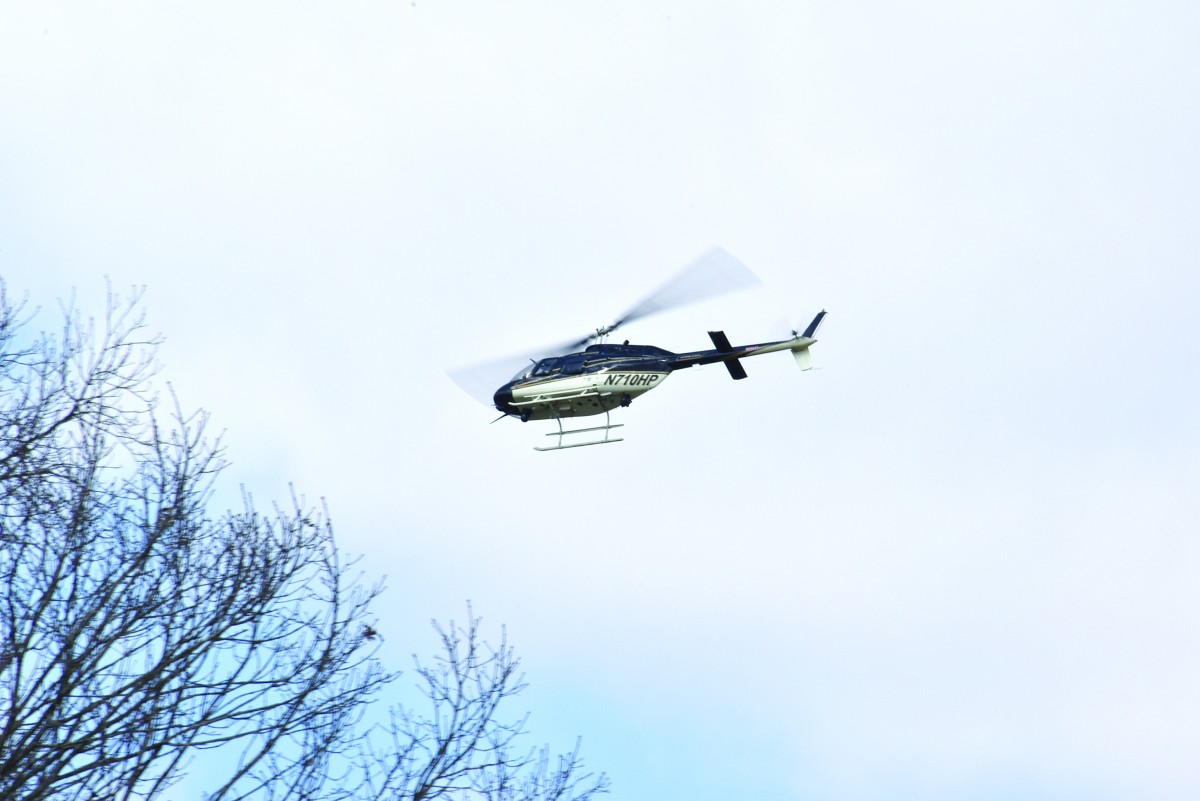 AERIAL SURVEILLANCE – The Tennessee Highway Patrol circled the fields and wooded areas surrounding the home, watching for activity in case the suspects attempted to run. Photo by Logan Watson.