Four Humboldt police officers received promotions last week after the Humboldt Board of Mayor and Alderman approved the requests. Interim Chief Reynard Buchanan was unanimously appointed to chief with a 5-0 vote by the board. 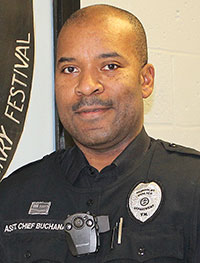 During the last city board meeting, the board approved Buchanan’s rank from assistant chief to interim chief after Police Chief Rob Ellis submitted his resignation, announcing his retirement. Chief Ellis requested the board appoint Assistant Chief Buchanan to interim chief in order to have a transition period before taking over the department.

Last Monday night, the board made it official that Buchanan will be chief upon Ellis’ retirement on April 20.
Prior to appointing Buchanan to his new position, he addressed the board.

“I’m honored to be interim chief,” Buchanan said. “Our chief is retiring. While working with him, I have learned a lot.”
Buchanan also asked the board to approve his selection for assistant chief.

Mayor Marvin Sikes opened the floor up to the audience to speak regarding Buchanan’s appointment as chief. Person after person stood and addressed the board, all showing support for Buchanan. In all, a dozen or so people made sure the board knew who they wanted to lead the Humboldt Police Department. 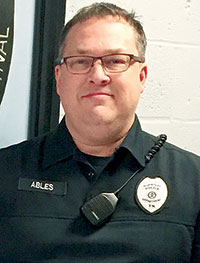 After the board’s unanimous vote, Chief Buchanan received a huge round of applause from the board and those attending the board meeting.

Next on the agenda was to appoint a new assistant chief. Chief Buchanan requested Dan Ables be appointed to the position.

“After interviewing all officers who wanted to be considered for the position of assistant chief, I believe Officer Dan Ables is the most qualified, across the board,” Buchanan wrote in a letter submitted to the board. “Officer Ables is highly organized, self-motivated, professional with almost 17 years of law enforcement experience and is always selflessly looking for ways to better our police department. I know Officer Ables to be a natural team leader with excellent communication skills.”

Board member Leon McNeal wasn’t too keen on appointing an assistant chief at that time and motioned to table the appointment.

“We have supervisors—why did we go all the way down to a patrolman?” McNeal asked. “We have sergeants, lieutenants who were skipped over.”

“Read the last paragraph,” board member Don Graves replied to McNeal’s question. “The chief says he has the skills he needs.”

“He did talk to people in the department,” Alderlady Donna Johnson said. “They (other officers) may decided that’s not what they want—to be chief.”

“Once you open that door, you can’t go back,” McNeal added.

“I understand what Leon is saying, but if I’m working with these guys, I want to have support,” Alderman James Shivers noted. “It must be someone Reynard likes who will be best for him.”

“We need to support our chief’s decision,” Graves said. 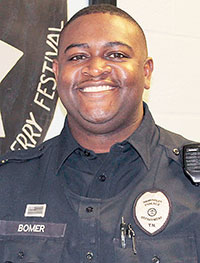 With McNeal’s motion to table, it died with a lack of second. Mayor Sikes called for a vote and Ables was unanimously appointed assistant chief. 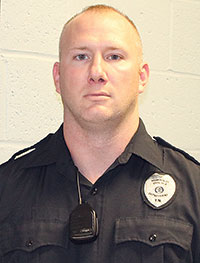 Another agenda item was the promotion of two officers on the police force. Chief Rob Ellis submitted a letter of recommendation to promote Josh Bomer and Randy Hickerson to the rank of sergeant.

In the letter, Chief Ellis wrote that both men are dependable officers. Both are members of the Special Response Team. Bomer is part of the gang unit and Hickerson is on the bicycle patrol unit.

“He has been an outstanding patrol officer, shows leadership and has a willingness to learn and improve himself,” Ellis wrote about officer Bomer.

“He has shown leadership, has a strong work ethic and will be an asset to the supervision at our department,” Ellis wrote about Hickerson. 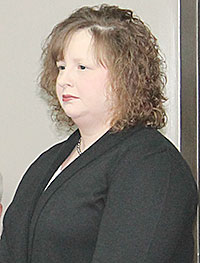 Both Hickerson and Bomer have military service and each serves a supervisory position in the National Guard.

Bomer was unanimously approved to the rank of sergeant, while Alderman Graves voted against Hickerson, who was approved with a 4-1 vote.

The board also approved hiring Jamie Rodgers as dispatcher for the police department.