The Dyer Fire Department has seen a drastic increase is its call volume, creating a need for more qualified and dedicated firefighters.

In his departmental update at the Feb. 12 city board meeting, Fire Chief Ryan Shanklin said, “Our call volume has drastically increased in the last couple of years. In the last five years, we had about 145 calls; now we are running up to about 314 calls. Our calls have more than doubled, and our budget has remained the same. Our money is depleting much faster. We decided among ourselves that now with Gibson General [Hospital in Trenton] closing, our ambulances have a lot further to go. To keep us from going over budget we have decided we are no longer going to turn that into payroll. We’re not going to charge for First Responder calls.

“Training is critical for our people,” Shaklin continued. “If our people do not train, we can’t allow them to work fires. MTAS [Municipal Technical Advisory Service] has told us to take the people off our roster that do not train. We were told to do this immediately. This is not a ‘Ryan’ problem; this is a problem that has been going on for many years, since I have been on the fire department. The people come when they feel like its convenient to them.

“Last night we were called to mutual aid to the Trenton Fire Department. We had eight people to show up. I know we have shift workers that can’t always be there, and I know who these people are. There were five people at work, so where were the other 15 people? We can’t go on mutual aid to other cities until I know our city is covered. We can’t go help another town until I know our citizens are protected. We are mandated by state law to do the training. No one is exempt. We were in Rutherford answering their calls three times last week. If Rutherford isn’t answering their calls, they call on the next available city, which is us.”

Alderperson Jennifer Hughey asked if the city had applications from any firefighters, and Shanklin said no. “

Luckily we haven’t had a working structure fire in two years,” he said. “Thursday night, we are going to start doing smoke alarm canvasses. We are going to try to recruit firemen Thursday night too. The problem with recruitment is we have eight weeks training in-house that must be done before they can do anything. We are in better shape than most departments I will give you that.”

Shanklin said that some firemen had left the department. Gibson County Fire Chief Bryan Cathey turned his gear in after 38 years with the Dyer Fire Dept. Marty Graves turned his equipment in after 25 years with Dyer, but Shanklin said Graves may stay on as a support paramedic.

Younger also said the board would have a special fire meeting before its next meeting.

Community center – Concerned citizen Christy King addressed the board. She said that she and some of her friends went around the city picking up garbage. She wants a community center for Dyer. She asked the board what her operating parameters would be in getting started. Alderman Ray Carroll asked that King be specific in what she wanted. She told Carroll she wants a community garden and has plans to use students to begin the project. Carroll said the city should be contacted for any action taken.

City Recorder Nathan Reed said that if King plans to do anything that would have a physical impact on the former Presbyterian parsonage, she would need board approval. This was in reference to her pressure washing the building.

Younger asked why this building was chosen to be a community center. King said because the city owned it, but she didn’t know who had suggested its use.

The building was donated to the city of Dyer by Ray Carroll’s church. The board has restrictions as to what the city can do with it. Dyer Station has a room in that building and will always have a room there.

King said she wants space to do a community center whether it is for a garden club, book club or whatever the needs are.

Younger said officials have talked about ripping the carpet out and replacing it with new carpet or linoleum.

Alderman Fred Ivie said, “I have been in Dyer all my life and I have never set foot inside the house you are talking about. Why don’t you let us as the board all go there and see what needs to be done. Then we can let you know whether it will be doable or not.”

King said if the former parsonage isn’t usable, she would like suggestions for another building to be used as a community center.

Younger said he appreciated the folks that went around picking up the refuse in the city.

Updates – Nathan Reed said the city has sold about 150 city stickers. The deadline for purchase without penalty is April 16.

Younger said the old John Deere mowing tractor will be fine to start out this year but they need to start looking for a new tractor because it’s just worn out. 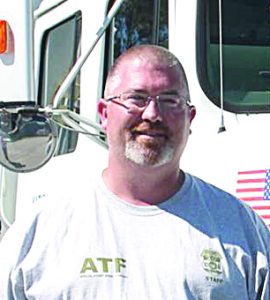