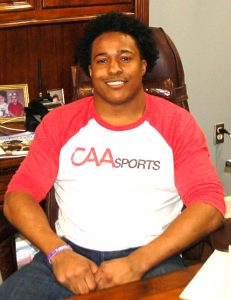 HOMETOWN HERO Avery Williamson was back in town last week visiting family and friends as he awaits his future in the NFL. Williamson has spent the last four seasons with the Tennessee Titans, leading the team in tackles for two seasons and ranking 2nd and 3rd the other two. His contract officially ends on March 9, but Williamson says he has no idea where he’ll play next season.

Avery Williamson awaits his future in the NFL

Milan hometown hero Avery Williamson was back in town last week visiting family and friends as he awaits his future in the NFL.

Williamson, 25, holds the all time career record for tackles at Milan High School.  He was one of the most feared defenders for the Kentucky Wildcats from 2011-’14, leading them in tackles over the four year span and being named All SEC.  In the spring of 2014, Williamson was a 5th round draft pick of the Tennessee Titans.  The Titans signed Williamson to a four-year contract that will expire on March 9th of this year.  Over the past four seasons Williamson has made a name for himself as one of the best run stoppers in the league, making 518 tackles during that period.  His rookie season he ranked 3rd on the team in stops and this past year he ranked 2nd with 125.  In 2015 & ’16, Williamson led the Titans in tackles.

When Williamson’s contract expires in March, he will become a Free Agent in the league and can be retained by the highest bidder among the 32 teams.  Some NFL analysts believe Williamson could earn between $6.5M – $8M per season with a new contract, although there’s no guarantees for a contract at all.

During a visit to the Mirror-Exchange last Friday, Williamson (6-1, 250) talked about the last four seasons in the NFL, as well as what the future could hold.

Question:  Over the last four years in the NFL, what have you learned about yourself? 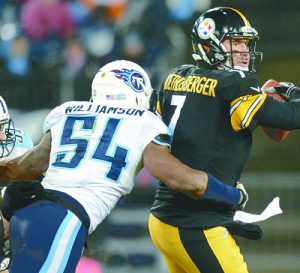 Williamson:  I’ve learned the importance of giving 100% every single play.  During the games sometimes you don’t realize how important every single yard is.  Then you see it on film and think, if we could have just got them off the field 5 or 10 yards earlier they might not have have kicked a field goal—or maybe we could have held them to a field goal.  You never take a play off and you never take anything for granted.

Question:  What lessons have you learned about yourself in the last four years in the NFL?

Williamson:  I’ve learned that you better make sure and take care of your body and do all the little things away from the field.  The mental and physical parts of the game can be tough because it’s a long season so it’s a grind.  If you get those two things right, a lot of the other things will take care of themselves.  I eat a very clean and healthy diet and I work out a lot on my own.  I get two massages a week.  I think doing those things is one reason I’ve stayed away from serious injuries.  So far a dislocated finger as the worst injury I’ve had.

Question:  How has your celebrity status affected your life?

Williamson:  I don’t think that’s changed who I am at all.  If anything, I probably keep to myself a little more than I used to but the attention isn’t too bad.  A lot of fans recognize me around Nashville and want autographs or photos with me and I’m always happy to do that.

Question:  Coming from a rural, small town like Milan, what have you learned about the world?

Williamson:  (Laughing) Being from Milan let’s you know there’s a lot more out there.  You don’t know it until you leave here but we live a pretty sheltered life in this town but it’s a great place to live and grow up.  We all look after each other in Milan.  In the big city, it’s not like that but that’s doesn’t mean there’s not a lot of great things out there.  Every place is different.  I love New York, Miami and Los Angeles—without football I would have never seen those places.  It’s been a blessing to explore the world because there’s so much cool stuff to see.  I love to come back home and tell my family about all those experiences. 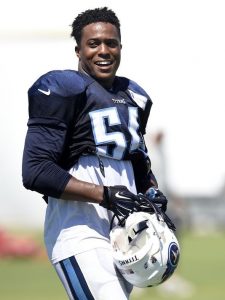 Question:  What advice would you give aspiring, young football players trying to reach the next level?

Williamson:  I would tell them to take advantage of every opportunity that presents itself.  Don’t be afraid to take chances or get out of your comfort zone.  When I was in high school I attended several camps and always thought a lot of the other players were better than me so I started working harder.  You never know what hard work can do.  You just focus on the next level, then the next and the next until you get there.  I feel like I’ve worked hard for everything I have.

Question:  Do you recall a defining moment in your career?

Williamson:  Yes.  My rookie season we had just finished summer camp and I knew I was going to start on special teams.  After our first game against the Chiefs, coach told me I had a chance to get some playing time the next game against the Cowboys.  That week in practice I was late to a team meeting and coach jumped all over me.  About four plays into the game against the Cowboys, Zach Brown got hurt and I thought I was going in but I didn’t because I didn’t have my A-game that week in practice.  That moment really got my attention because I missed that opportunity.  The next week we played the Bengals and I was ready to go and got my first good playing time.  That moment helped set the standard for me.

Question:  Where do you think you’ll play next season?

Williamson:  I really have no clue—I really don’t.  It feels like draft day all over again because I just don’t know where I’ll be.  There’s a lot of anxiety and I’m trying not to think about it too much.  I think I’ve put together four really good seasons so I’m confident I’ll find the right team for me.  My agent (Jimmy Sexton of Memphis) is taking care of all that.  I really don’t think there’s much going on right now and there probably won’t be until around March 5th.  I’d love to stay in Nashville but at the end of the day this is a business deal so who ever wants to pay the most for me, that’s where I’ll go.  In the NFL, you can’t be scared to leave.

Question:  What do you think about the Titans coaching changes?

Williamson:  I was shocked because they had just announced that he (Mike Mularkey) would be back next season.  It’s a lot different now with all the new coaches but I’ve met them and they’re all good dudes.  If I’m back with the Titans next year, I’ll adjust and be fine.

Question:  How many seasons would you like to play in the NFL?

Williamson:  The average career of an NFL player is less than 4 seasons so I can’t help but think about how much time I have left.  It’s crazy that I’m thinking like that (retirement) but you have to.  In a perfect world, I’d love to play about 7 more seasons and retire when I’m 32.  That would be really satisfying.  It seems like just yesterday I was a rookie but now I’m a veteran.  That even sounds weird.

Question:  How will you spend the next few weeks waiting on your future?

Williamson:  I’m traveling to Israel Feb. 12-20 with some other NFL players.  It’s a sight seeing tour that will promote the league but I really don’t know what all we’re doing.  I’m taking my sister and we’ll get to see Jerusalem, Bethlehem, Tel Aviv and the Holy Lands.  As soon as I get back, I’ll go to Arizona to start working out for summer camp. 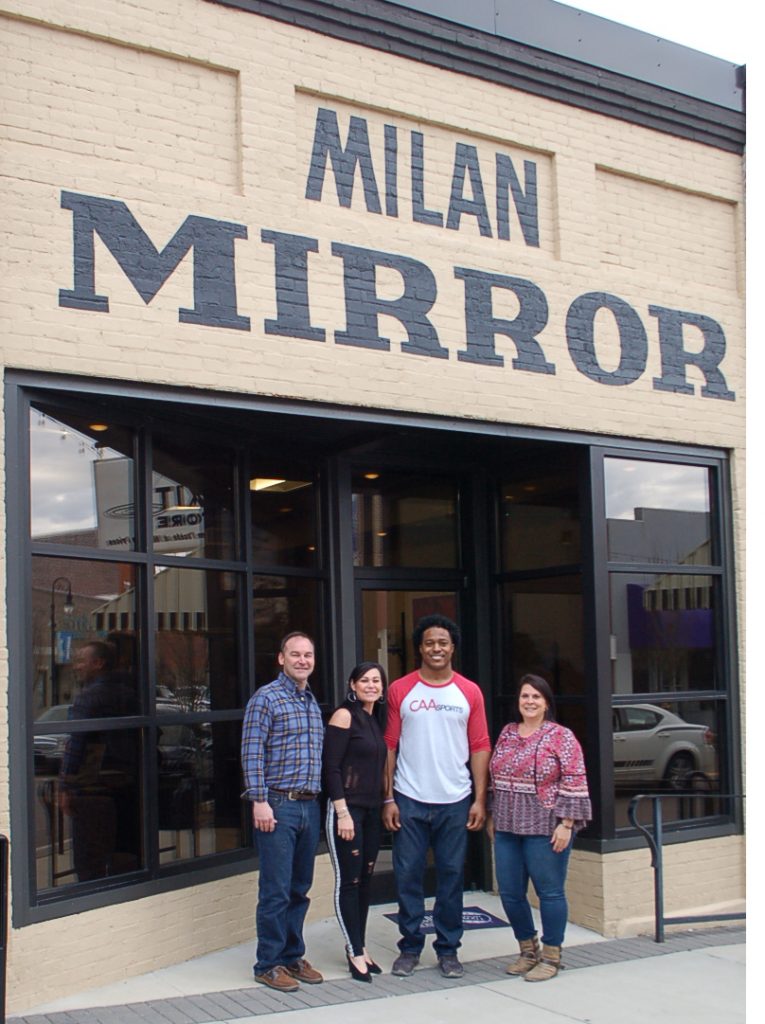