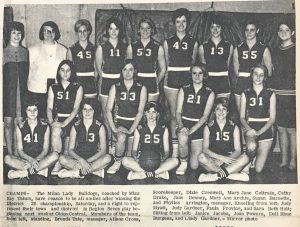 It was called “perhaps the greatest basketball season in Milan High history.”
In March, 1968, both Milan High basketball teams reached the state tournament final four, the Bulldogs finishing fourth in Memphis, and the Lady Bulldogs finishing third in Jackson.
It was the only season in school history that both Milan teams reached the final four.
In ’68, schools were not classified by size (A, AA, AAA), and for the third year, Tennessee’s tournaments were racially integrated, with black and white players on some teams. The all white Bulldogs lost to two all black teams, Chattanooga Riverside and Memphis Carver. Waverly, the girls’ champion, was a mixed race team.
The Mirror newspaper summarized Milan’s Final Four finishes in March, ‘68: “For both Milan teams this year, the year has been perhaps the greatest in the school’s history. Both teams have had an outstanding cage campaign, the boys finishing fourth in the state, and the girls third. The feat may never be duplicated in Milan or Tennessee basketball for that matter. But one thing for sure, both Milan teams surely placed their town on the state map this year.” 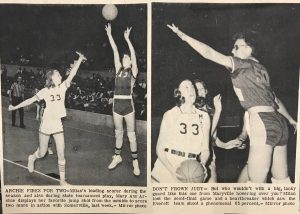 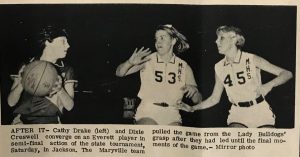 eltics, though he did not play in the NBA.
In the consolation before 10,000 fans the Bulldogs lost to Memphis Carver 78-67.
“Milan’s Mighty Bulldogs, though outmanned, outnumbered and outsized, gnashed a big hole in the state’s best basketball teams entered in the state tournament last week in the Mid-South Coliseum at Memphis, and came home with the fourth place trophy that stands 3 feet, 8 inches tall,” said the Mirror. “The Bulldogs, however, stand much taller than that. They not only captured fourth place, but the hearts of thousands of fans in the Mid-South that watched them emerge as the Cinderella team of the tournament, which fielded 18 of the best teams in the state.” Milan finished 21-13. Marcus McLemore and Johnny Robinson earned All State Tournament.
Lady ‘Dogs
Playing split court 6-on-6, Milan girls were 20-2 in regular season and swept the District and Region. In the state tournament at Jackson’s Oman Arena, Milan beat Somerville 65-56 and Woodbury 54-50 but fell to Maryville Everett 59-56. In the consolation, Milan dominated Chattanooga Red Bank 57-36, finishing third and 29-3.
Waverly (33-0) won the state title over Everett 73-64. Waverly had edged Milan in regular season by 4 points, 65-61.
“Milan’s power-laden Lady Bulldogs, which many felt had what it takes to win a state championship, emerged as the third best team in Tennessee girls high school basketball Monday night, by completely annihilating a good Chattanooga Red Bank team in consolation play by a lopsided score of 57-36,” said the Mirror. Making the All State Tournament team were forwards Mary Ann Archie, Mary Jane Coltraine and guard Jane Denney.
Was ’68 the best season in Milan High history?
1960 was the only other year that both MHS teams were in the state tournament. The ’60 Lady Dogs (37-0) won the state title. The ’60 Bulldogs (28-6) lost in the second round. But the segregated ‘60 tournament for white schools did not include black schools or players.
In 1961, both Milan teams were undefeated in regular season and ranked No. 1 in unclassified state polls of white teams. The Bulldogs were upset in the Region, and the girls lost in the second round of the state tournament. Tournaments were segregated.
The Bulldogs have not reached the state tournament since 1968, even though Milan competes only against 2A size schools. Milan girls were 2A state runner-up in 1981 and 2008. 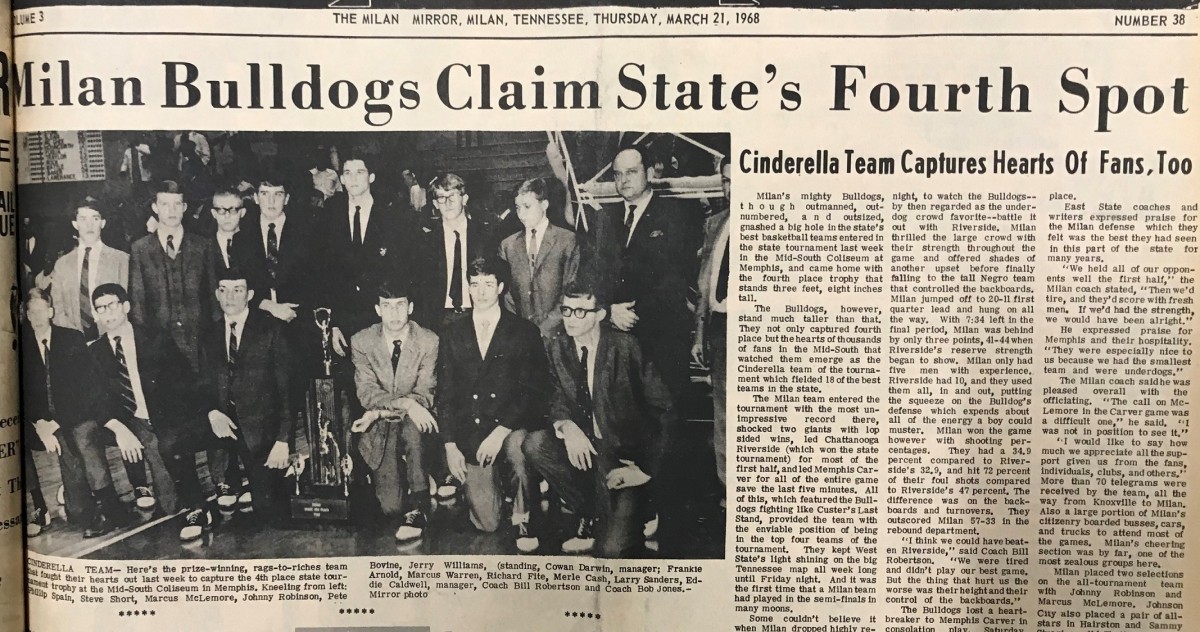 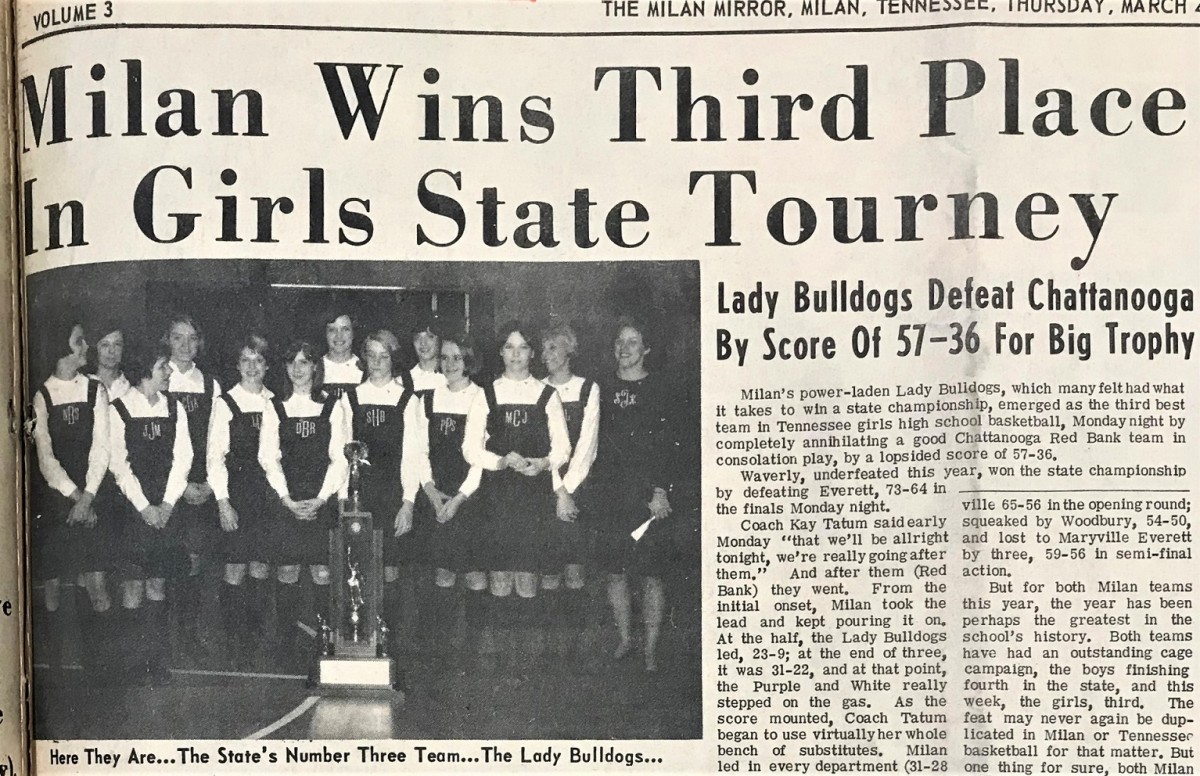