MSSD board approves cash for next coach; Ward declines offer

By Logan Watson and Victor Parkins 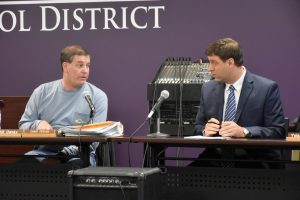 COACHING SALARY APPROVED – The MSSD Board of Education voted 5-2 last Thursday night to approve a new position and coaching supplement for the next head coach of the MHS Bulldogs. The chosen candidate’s salary will not exceed $35,551.29 for the remainder of the 2017-18 school year and will be based upon their teaching and educational experience. The figure was based upon the chosen applicant having at least 20 years of teaching experience and a Master’s degree. Photo by Logan Watson.

The MSSD Board of Education met briefly last Thursday night  for a special called meeting in order to approve a tentative salary for the next head coach of the Milan High School Bulldogs.

After a 5-2 vote during the 15 minute discussion, $35,551 was appropriated to hire a new coach.  The decision led MHS Principal and Athletic Director Greg Scott to verbally offer the position to Crockett County head coach Kevin Ward later that night.  However, after the two parties met face to face early Friday morning, Ward, a 1987 MHS graduate, declined the offer.

“We did attempt to make Kevin Ward our football coach but he decided at this stage of his career that we wanted to stay where his is,” said Scott.  “I respect his decision and wish him the best.  We’re having more in-depth discussions about the remaining candidates we have.  Right now, the Lord hasn’t given me a clear indication of who our next coach will be,” he said.

Scott gave no definite timeline on filling the position, saying he had full confidence in the current staff to manage the off-season weight-lifting and conditioning programs until a decision is made.

Ward said he appreciated the confidence the administration had in him, but made the decision in the best interest of his family.

“I feel fortunate the administration had the confidence in me to be the head coach,” said Ward.  “Coming home to Milan appealed to me for so many reasons but in the end after everything was laid out, I had to do what was best for my family, financially and ultimately another big decision was allowing my daughter Abbie, a junior, to finish her high school career at CCHS. I wish nothing but the best for Milan High School and their football program. I hope the legacy of success will continue on with their next leader,” he added.

During Thursday’s meeting, Director of Schools Jonathan Criswell stated that while he was not asking for a budget amendment, the board did need to agree upon a maximum dollar amount in order to further negotiate the position with the applicants.

“We need to be able to let them know what they’re going to make,” Criswell said, informing the board that the figure he was presenting the board would not be close to meeting the expectations of a few of the candidates.

“There are a couple of applicants that we would be asking to take a pay cut,” Criswell said after the meeting.

Criswell presented the board with a maximum dollar amount of $35,551.29 that would be paid to the chosen applicant for the remainder of the 2017-18 school year. The $35K figure is the highest salary that the district could offer for someone who has 20 years of teaching experience plus a Master’s degree for the period of January to June.

The total max salary would be $50,412 for the teaching position, plus the head coaching supplement of $10,500 which Criswell said the board had approved some years ago.

Coach Morris’ contract will continue to be paid for the remainder of his contract, which expires in June. Board members Greg Horton and Yolanda Lett asked for clarification on the difference in the amount being offered and Morris’ current salary, but the definitive figures were not available at the time of the meeting. Director Criswell did state, however, that Morris’ coaching supplement included approximately $7,000 in additional funds that he had accrued over his career at MHS and noted that Morris had been underpaid in some aspects based on comparative salaries from around the area.

The position and coaching supplement was approved by a vote of 5-2. Board members Missy Ross, Stacy Hensley, Sid Crocker, Will Ownby  and Marty Elliott voted in favor of the motion; Greg Horton and Yolanda Lett voted against. 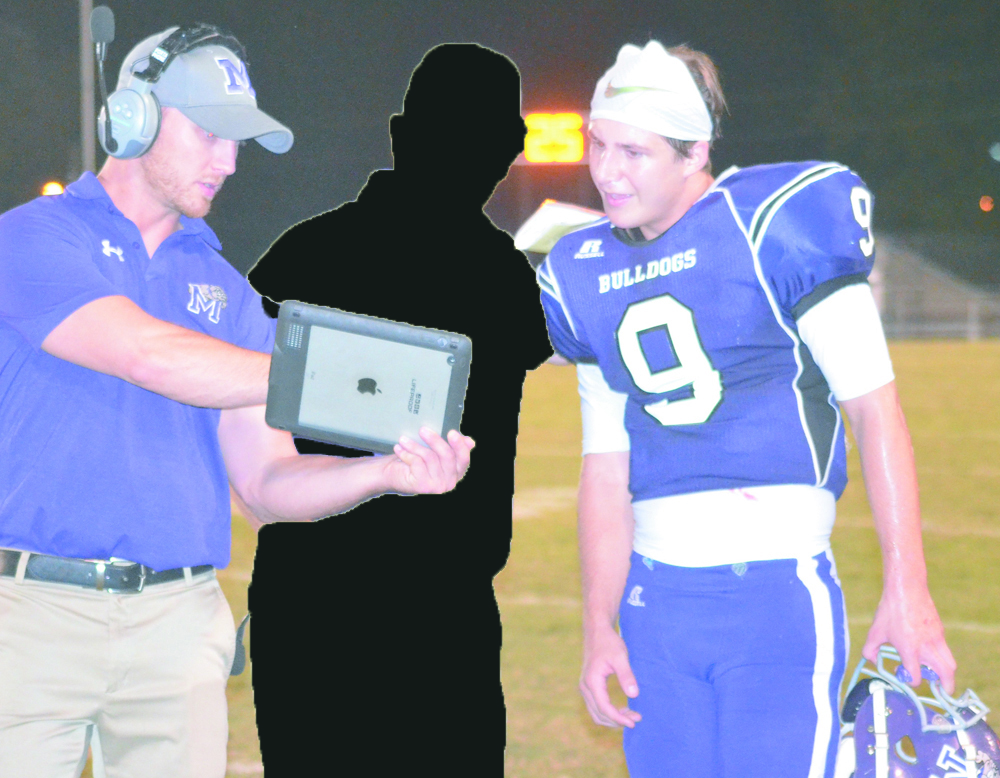