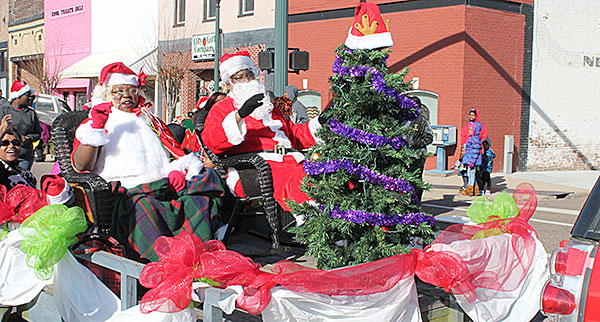 MR. & MRS. CLAUS – Mr. & Mrs. Santa Claus bring up the rear of Saturday’s Christmas Parade on Main Street in Humboldt as the finale. After decades, Humboldt hosted a Christmas parade with the Epperson and Thomas families spearheading the event.

Members of the two families invited all the churches in the area to participate and many did last Saturday morning.

The parade began on Main Street near Lashlee-Rich and traveled all the way to S. 17th Ave. A sparse crowd showed during a brisk, windy Saturday morning but even though it was small, those in the crowd had a wonderful time.

A police escort led the parade at 10 a.m. through downtown. Soon after dignitaries such as Grand Marshall Jazzii Anderson were waving to the crowd from convertibles and hardtop cars. Mayor Marvin Sikes and Superintendent Dr. Versie Hamlett were among those participating. 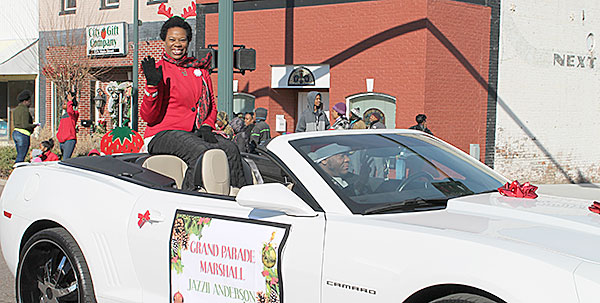 Humboldt Jr./Sr. High School marching band played Christmas music as they marched down the street. Cheerleaders were cheering as well.

Motorcycle enthusiasts rode through the streets, revving their engines and waving to the crowds. Three-wheel roadsters that look like half car/half motorcycles brought up the rear of the parade.

Toward the end of the parade, Mr. and Mrs. Claus rode on a float, riding in rocking chairs.

After the parade, many people gathered in the parking lot behind the Public Library where concessions were being sold. The crowd got to see several of the motorcycles and roadsters up close.

For the first Christmas Parade in Humboldt in several years, the crowd was good, parade participation was good and the after-parade food was good. Hopefully this will become another Humboldt tradition to keep going for years to come. 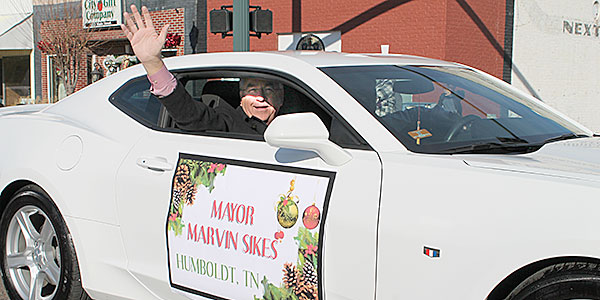 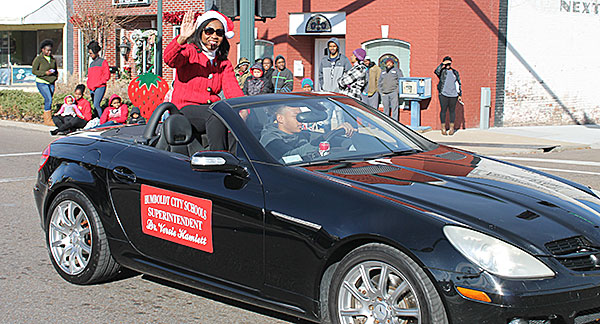 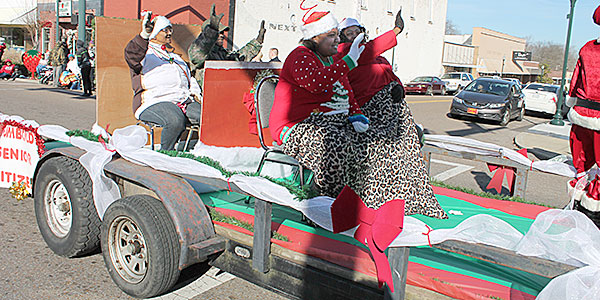 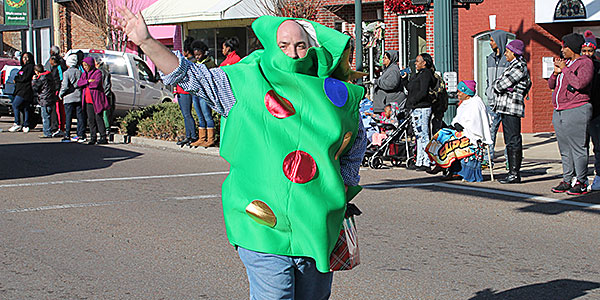 Motorcycles ride down the parade route 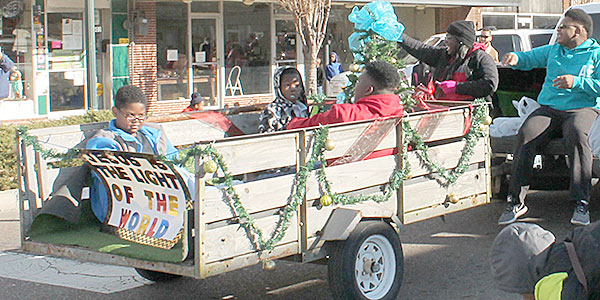 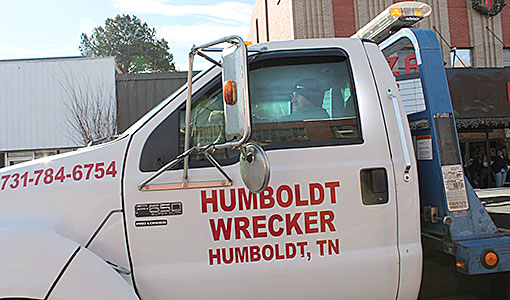 Lightning in a wrecker