FacebookEmail
| logout
‘Made In Milan’
Milan Box celebrates 90th year of manufacturing
By Steve Short
Arthur N. Dedmon was an industrious man, according to his family biography. 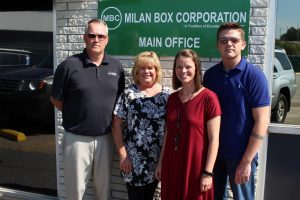 Born in Gibson Co. in 1885, Arthur and his wife, Bertie settled in the Concord-Oak Grove area before moving to the town of Gibson.
Arthur worked as a farmer, helped build the new county roads, and ran a saw mill and logging operation.
He also started a business, making boxes and crates for shipping vegetables, such as sweet potatoes. In the early decades of the twentieth century, Gibson Co. was nationally known for its quantity and diversification of farm crops. “Truck farming flourished to great heights in the county, as many as one hundred railroad cars of tomatoes being loaded in one day at times,” according to the history book, “Gibson County: Past and Present.”
Aware of the market for shipping containers, Dedmon moved his box business from Gibson to Milan, “to be near Milan’s two railroads.” He founded the Milan Box Co. on May 1, 1927.
Today, in 2017, Milan Box Corp. marks its 90th year of manufacturing in Milan, as a third generation, family-owned business managed by the Dedmon family. Arthur’s grandson, Franklin Dedmon, is president-CEO and a third generation owner. His son, Andrew Dedmon joined Milan Box Corp. in 2011 and serves as Vice President and Treasurer.
The Milan firm now specializes in plywood and wood packaging used by military and commercial industries in North America, the Middle East and Europe. 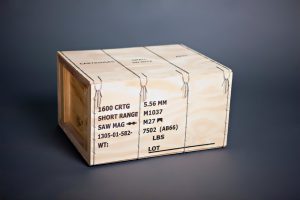 WOOD BOXES AND CONTAINERS – Milan Box Corporation manufactures a range of containers and military products made in compliance with U.S. Government and military specifications. The Milan firm marks its 90th anniversary this year, 2017.

“Milan Box Corp. is a good place to work,” said Keith Street, production manager at the firm for 31 years. “Everyone puts in a team effort and works by our motto: ‘Make it Happen.’ Also, Milan Box is one of, if not the longest, lasting plants in Milan. It is one of the longest lasting, wire-bound companies in the country.”

While Milan Box served agricultural clients in its early years, the firm adapted to emerging markets. When the Milan Army Ammunition Plant was built in 1941, Milan boomed overnight, and thousands of employees worked day and night during World War II building ammunition for U.S. and Allied troops. Milan Box expanded and produced ammunition boxes to support the Milan arsenal and many other ammunition plants across the country.
Milan Box continued to produce wire-bound vegetable crates, wire-bound ammunition boxes and wooden boxes, up to and after the Vietnam War. During the Vietnam War, the company shifted production to focus primarily on military packaging instead of vegetable crates. After the war, Milan Box continued to conduct commercial business with several businesses.
However, during the 1991 Gulf War, Milan Box Corp. again changed its focus to military packaging.
Milan Box, which today employs about 45 people at its 150,000 sq. ft. facility on W. Van Hook St., continues to provide superior wire-bound and wood packaging worldwide. 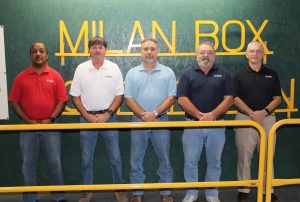 Secrets of success
How has Milan Box Corp. continued to be successful in a changing, global economy?
“The people do the best job they can do,” said manager Keith Street. “Putting out products efficiently and without many mistakes allows Milan Box to continue having a long-standing relationship with its customers.”
Retaining experienced workers has also been key, said Sam Wheat, a first year Quality Manager.
“Milan Box Corporation’s success is based on its skilled and long-term employee base, which brings a vast amount of knowledge to produce our products,” said Mr. Wheat. Many Milan Box employees have been employed at the firm for more than ten years, said Wheat.
“Milan Box is a good place to work, with a good team of skilled employees and management,” added Wheat. “The employees put forth that extra effort to be a successful team and facility.”
Military market
Milan Box Corp. products are featured on the Army Technology website, which has informative details about the use of ammunition container boxes made in Milan. According to the site, the Milan firm provides wire-bound, wooden containers and boxes for shipping ammunition, fuses, grenades, artillery munitions, rockets, explosives and missile components.
Milan Box Corporation’s wire-bound containers “offer maximum protection, withstand rough handling, permit high stacking, occupy less cube, have a low tare weight, and keep packaging costs low,” the website says. 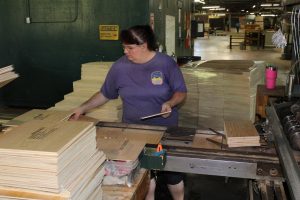 BOX PRODUCTION PROCESS – Milan Box machine operator Brandi Cathey has been with the company for 7 years.

One container made at Milan Box earned kudos from the U.S. military as “one of the most popular types used by the U.S. Army and Marines.” The container can be made with special heat and preservative treatment.
Milan Box also manufactures nailed wood boxes designed to package reactive armor tiles for the Bradley Fighting Vehicle and armor tiles for the new Stryker Amphibious Vehicle. 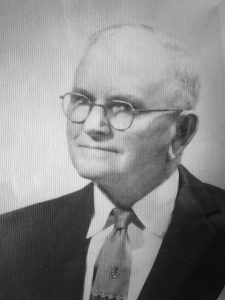