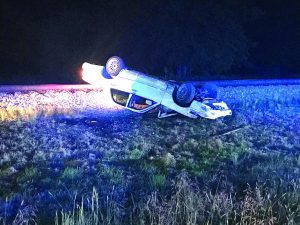 What began as a routine traffic stop in Gibson last Wednesday night could have prevented even more bloodshed during a chaotic week in Milan.
Law enforcement officials were on high alert after a shooting took the lives of two men at the Meadows of Milan apartment complex last Tuesday night  Gibson Police Chief Brad Hardin possibly stopped a gang retaliation.
The incident began after Chief Hardin initiated a traffic stop on a white 1999 Mercury Grand Marquis for speeding towards Milan at approximately 11:05 p.m. After discovering a registration violation on the vehicle, Chief Hardin stated that the driver of the vehicle, later identified as Corey Jelks, 25, of Brownsville, acted very nervous and would not talk or answer questions.
While inspecting the vehicle, Hardin noted an open GPS navigation program on a phone. Chief Hardin told the Mirror-Exchange that the destination was marked as 5.9 miles away and on the left, which was approximately the area of The Meadows of Milan apartment complex.
Hardin also noticed a ski mask in the back seat of the vehicle.
Officers asked Casie Hall, 22, also of Brownsville, a passenger in the car, to step out of the vehicle for questioning.
After calling the Milan Police Department for assistance, Sergeant Joe Fountain and MPD K-9 Oakley were dispatched to the scene. When Oakley alerted on something in the vehicle, Jelks started the car and drove away, leaving Hall with the officers.
At approximately 11:33, Jelks led officers from the Gibson Police Department, Milan Police Department and the Gibson County Sheriff’s Office on a high speed chase. Officers followed the car through Milan, Atwood and into Trezevant, with Jelks avoiding spike strips placed by Carroll County officers at the junction of Highways 79 and 70A.
At approximately 11:43, Hardin stated that Jelks ran off the roadway outside of Trezevant, then overcorrected, causing his vehicle to flip three times before coming to rest upside down on the side of the road. Jelks reportedly refused medical attention before being arrested.
Officers at the scene of the crash recovered an SKS rifle and a .40 caliber pistol.
While it is still unknown whether the weapons were used in any other crimes, Hardin told the Mirror-Exchange that both weapons fired the same caliber of ammunition used in the Tuesday night shootings.
Jelks was charged with one count each of Aggravated Assault, Evading Arrest and Reckless Endangerment. Hall was charged with Possession of a Firearm in Commission of a Felony.
Chief Hardin stated that law enforcement officers believe the incident is gang related. The Federal Bureau of Investigation is assisting with the case. 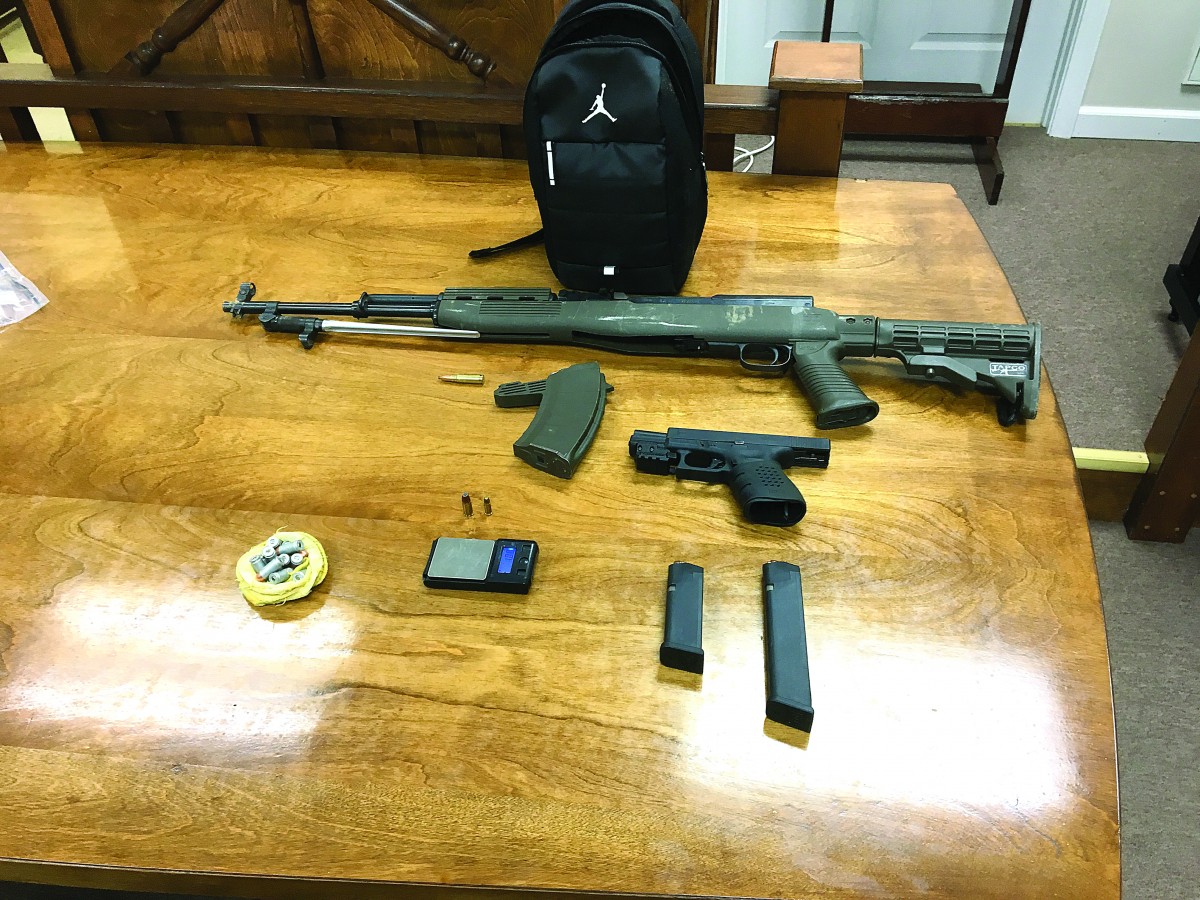 WEAPONS RECOVERED – These firearms, an SKS rifle and a .40 caliber handgun, as well as additional magazines, were recovered from Jelks’ vehicle following the crash. Also pictured are a set of scales commonly used in weighing drugs. Police believe this incident might be gang related and associated with the double homicide in Milan last Tuesday night. Photo submitted.