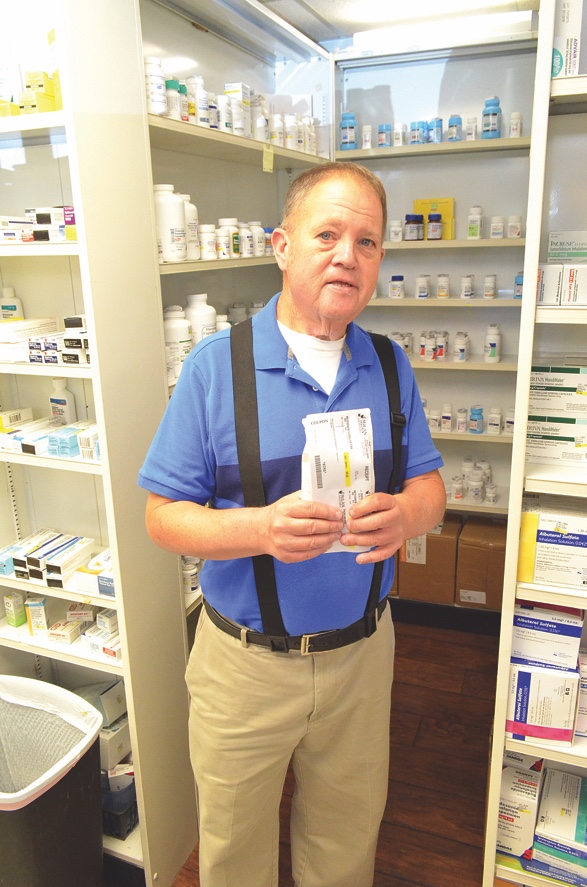 RETIRING AFTER 43 YEARS – One of Milan’s favorite sons, Billy Jones, will work his last day at Milan Hometown Pharmacy this Friday. A come and go retirement reception will be held at the pharmacy from 9 a.m. to 5 p.m. this Friday. It will also double as a birthday party since Billy will turn 62 on Saturday. Billy said he did not want any gifts. “I’ve been blessed over the years and that’s enough,” he said. Photo by Jacob Landers.

Billy Jones to retire after 43 years on the job

Friday is last day for one of Milan’s favorite sons

In 1974 a young Milan High School sophomore started his first and only job at Southgate Pharmacy.

Billy Jones, a well known citizen of Milan, began working at his father’s pharmacy 43 years ago, and has loved every minute of it.

Ever since then, customers at the pharmacy have grown accustomed to Billy either checking them out at the cash register, or delivering their prescriptions to their homes.

“The thing I love most about my job are the customers and my co-workers” said Billy, who will work his last day at Milan Hometown Pharmacy this Friday, September 1st.  “I’m going to miss Georgia, Blair and Angela even though I’ll still be coming around,” Billy noted.

A come and go retirement reception will be held at the pharmacy from 9 a.m. to 5 p.m. this Friday.  It will also double as a birthday party since Billy will turn 62 on Saturday.

“I do not want any gifts,” insisted Billy, “I’ve been blessed over the years and that’s enough.”

Billy’s father, Bill Jones, gave his son the first and only job he would ever have at his Pharmacy.

“Back then the Pharmacy was called Southgate and was across the street,” Billy explained.   “In 1980 dad moved the store where it is today.”

Along with volunteer work, Billy says he is looking forward to the extra time on his hands so he’ll be able to attend more of his nephew’s band festivals and more Milan football games.

“I want to help the town and give back the love they have given me over the years.”

Billy became one of Milan’s #1 Bulldog fans in high school when he decided to play football for coach John Tucker.

“I remember wanting to play, but coach Tucker thought I would be a better manager, but I was still happy about that.  I was manager for the football team for two years and I loved it,” the 1975 MHS graduate added.

Billy also recalled the day he received his driver’s license, which was a nerve wracking event for Mr. Jones and Billy’s uncle, Richard Fisher.

“They were watching me close to see how I would do,” recalled Billy about his first drive alone.  “I took off and went to a friends house and stayed for 2 hours.  They were looking all over town for me,” he quipped. 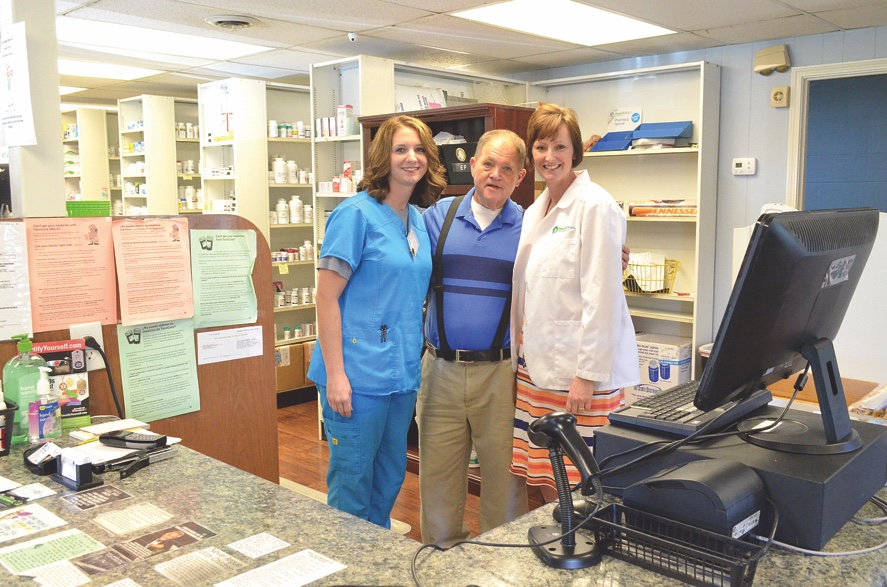 IT WON’T BE THE SAME WITHOUT BILLY – Billy Jones’s co-workers at Milan Hometown Pharmacy, Blair Kelley and Angela Hinson, will help send off Billy after 43 years at the pharmacy. Billy said along with this customers, his co-workers would be sorely missed. Not pictured, Georgia Burgess.