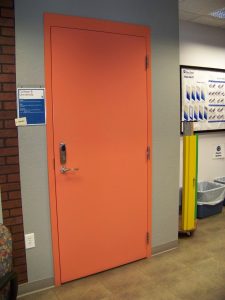 Just one of the numerous types of doors made by Ceco Door here in Milan. Doors made by the company can be found in buildings across the world.

On your next vacation, if you stay at the Burj Al Arab hotel in Dubai, home of “the world’s ultimate luxury leisure experience,” you might see steel doors made in Milan, Tennessee.
The iconic, sail-shaped hotel – taller than the Eiffel Tower – is located on a man-made island in the United Arab Emirates. An overnight stay starts at $1,000. Catching some winks in the Royal Suite will run you $28,000 for one night.
Amidst the “theater of opulence” furnishings at Burj Al Arab are doors that came from Ceco, 7,600 miles away.
Ceco doors are in many landmark places, i.e. the Venetian Macao Resort Hotel in China; Severance Hall, home of the Cleveland Symphony; Nashville’s Opryland Hotel; and major league baseball stadiums in America – Nationals Park in Washington, Comerica Park in Detroit and the new SunTrust Park in Atlanta, which has over 500 doors and frames made at Ceco. 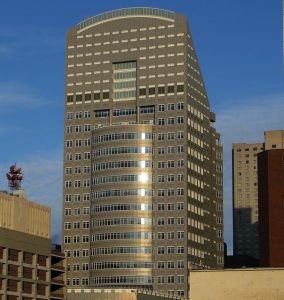 Ceco started production in Milan in 1974 on Telecom Dr. and now employs about 500 workers on three shifts. The Milan plant is one of the world’s largest manufacturing and warehousing complexes for steel doors and frames. It is equipped with high-tech, computer controlled manufacturing equipment and high speed communications. Ceco doors and frames are produced in Milan; Mason City, Iowa; and Valle Hermosa, Mexico.

Ceco’s parent company, Swedish based ASSA ABLOY, had $8.7 billion in global sales last year.
Keys to success
What makes Ceco successful?
“Ceco has a fantastic team of people with many years of knowledge and experience, and they work together to solve problems for customers on a daily basis,” said Kent Winter, Ceco Door Group President.
John Wilkinson, Director of Operations, said “the drive for positive change” is a key to success.
“It starts with the people and the willingness to embrace change and address it straight on,” he said.
Jim Sabella will soon mark his 50th year at the Milan plant. “Ceco has always had an atmosphere of professionalism and been an industry leader in innovation,” he said. “Ceco employees are constantly striving for improvement, and they are community friendly.”
Scotty Shannon, a Ceco employee for nearly 40 years, said the Milan plant’s founder and first manager, Robert Jelinek emphasized the importance of three goals: (1) quality, (2) timely delivery to customers, and (3) competitive costs. Milan employees worked consistently to achieve those goals, said Shannon. Quality and timely delivery were priorities in early years, and having competitive costs in an expanding global market has been essential to Ceco’s success.
Started in 1912
Ceco was the brainstorm of 26-year-old C. Louis Meyer, a mechanical engineering grad at the Univ. of Nebraska. In 1912, he founded what would become the Concrete Engineering Co. (Thus the present name, Ceco). The firm’s home was Omaha, Nebraska.
Meyer’s company revolutionized the process of reinforcing concrete. That led to the company developing reusable concrete forms, and Concrete Engineering Company entered the steel fabricating business. Ceco began manufacturing steel doors in 1953. 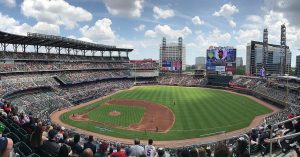 Ceco now sells products worldwide, including specialty products for sound abatement, forced entry, blast, hurricane and tornado applications.
Distinctive firm
What distinguishes Ceco from its competitors?
“Customer (distribution) retention, architectural brand recognition, quality and consistency,” said Jim Sabella.
John Wilkinson cited employee involvement. “We do it together and with a structure approach,” said Wilkinson.
“Ceco handles an incredible level of complexity at high volumes, and does so with a very strong quality and stellar safety-record,” added Kent Winter.
What do managers like about the Milan firm?
“I like the people, and I like the team,” said John Wilkinson. “A company is no more than its people, and nothing is more fun than working on a winning team.”
Jim Sabella cited people, values, leadership and market position as Ceco attributes he likes.
“This place is a legacy,” added James Hale, a lead person at the plant. “It has provided the money to produce a doctor, computer analyst and hospital administrator – just in my family alone.”
“We still have five employees who have been with the company since it started production in Milan in 1974,” added executive Kristy Mercer.