FacebookEmail
| logout
Demolition clears way for future downtown development
By Steve Short
Brick walls of buildings were toppled last week in downtown Milan, clearing the way for a possible retail business development in the future.
Dale Nelson, Sr., local business owner and entrepreneur, was at the controls of a crane excavator, which demolished the old Milan Supermarket building at the corner of Williamson St. and Second St. 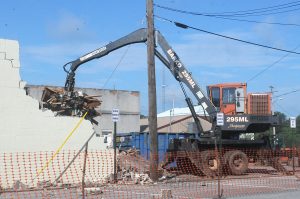 CHANGING THE LANDSCAPE – Within a 48-hour period last week, a set of old, brick buildings along Williamson Street were demolished to make way for new business ventures. Photo by Logan Watson.

“It took longer than expected, because we wanted to preserve the brand new sidewalk in front of the building,” said Mr. Nelson. “We took some extra effort putting down felt and a steel plate. We will integrate the new sidewalks into the new building.”
The cleared area is about 23,000 square ft., according to Nelson’s calculations.
The property is zoned B-3, which allows almost any kind of commercial use,” said Jim Pillow, Milan Building and Codes officer. “The building went through the slum clearance process, and the previous owner was ordered to demolish the building, which was deemed a public safety hazard. The building owned by Mike Eubanks, which housed a consignment ship was not part of the demolition. The corner building (the old supermarket) had not been occupied in several years.”
“Nobody would tear down the building,” said Dale Nelson. “We had to do all the procedures. It cost several thousand dollars to get rid of the asbestos. We had to buy the building to the side.”
Nelson said his parents used to own a business nearby years ago. “It burned before I got to tear it down,” he joked.
Nelson has plans to develop the downtown property in the future as a location for retail businesses, shopping and more.
“Mayor Beasley has a good outlook on this,” said Nelson. “He’s working hard to get downtown development. I got encouragement from the Mayor for doing a downtown business. He’s working hard and wants downtown to thrive.”
Nelson is owner-operator of several business firms in the area, and is partnering with his sons, Dale, Jr. and Cody. Dale’s Recycling, a full service metal recycler, is regarded as one of the largest recycling centers in West Tennessee and has three locations in Milan (Cades), McKenzie and Jackson. Nelson also owns Hwy 45 Auto Salvage, located between Milan and Cades.
In November, 2016, Nelson purchased Mack’s Furniture, Camo Connections and True Value Hardware in Atwood. The furniture store was closed. Nelson said the new Milan development might be affiliated with one of the Atwood stores. 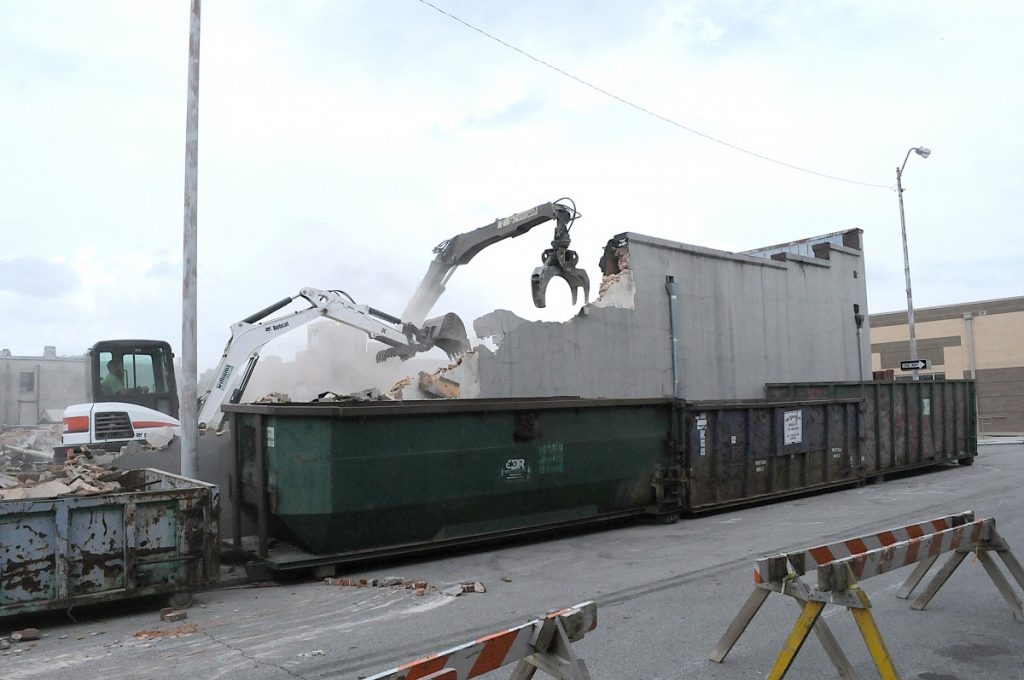