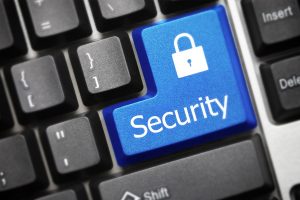 According to Director of Schools Jonathan Criswell, all systems have been restored following a cyber attack earlier this week.

“It appears that all of our systems are up and running correctly this morning,” Criswell told the Mirror-Exchange on Wednesday.

“One of our district servers was attacked from outside sources yesterday but we were able to contain, eliminate and repair the issue,” Mr. Criswell said on Tuesday morning. “However, this morning the same group attacked and locked down one of our servers and put Ransomware on that server.”

The school district received an email giving them instructions on how to proceed with the ransom. If the district paid the ransom, the encrypted files would be restored as found.

“We did not reply to the email so we do not know how much the ransom might be,” Criswell noted.

Mr. Criswell reported the crime to Milan Police, who were investigating Tuesday afternoon. Software and security partners were also looking into the issue and do not believe that any personal data was compromised.

According to the police report, “Caesar” sent an email stating that all files from a financial server had been encrypted and that MSSD should pay in Bitcoins to have the files decrypted. Bitcoins are a worldwide digital payment system. As a sign of good faith, Caesar offered to decrypt 5 files for free.

“This is very random, but it’s also very professionally done,” explained Criswell. “These are professionals that do this for a living.”

Criswell said while the affected files were locked down, they would have to use an alternate plan to ensure employees are paid on time.

Teachers became aware of a software problem Monday when they couldn’t log in or out using their identification badges. Tuesday afternoon, they were notified about the software breach.

After the attack, Criswell found out that other school districts in the region have also been attacked this year, as well as the Murfreesboro Fire Department and the Dickson Sheriff’s Department.

Malware attacks like the one in Milan have become popular worldwide. The attacks target organizations using Microsoft Windows operating systems.

Criswell said he did not know if any of the organizations targeted had ever paid the ransom, or if the professional criminals had ever been caught.