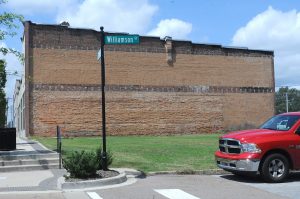 WHAT ABOUT THE WALL? – The Milan Downtown Association is currently pursuing an Arts Grant and working with West Tennessee artist Les MacDiarmid to create a mural on the external wall of Flippin, Collins & Hill on South Main Street.

‘What about the wall?’
Milan group pursues grant for mural

It’s been some time since Antiques and Home Decor at the corner of South Main and Williamson Street was torn down, and the bare wall and vacant lot left in its place has left a number of Milanites with a bad taste in their mouths.
In fact, the Mirror-Exchange received a number of phone calls asking what the city planned on doing about the wall, especially after so much effort had been put into revitalizing the look of the downtown area. Previous attempts to turn the wall into an artistic attraction came up short, but now the Milan Downtown Association is preparing to move forward with the project once more.
According to Milan Downtown Association board member Julie Allen Burke, the group is currently pursuing a $10,000 Arts Grant to commission a mural by West Tennessee artist Les MacDiarmid, which will be installed on the exterior wall of Flippin, Collins & Hill on South Main Street. MacDiarmid’s work is well known in Gibson County, as he has created murals in Trenton, Medina and other locations around the area. Over the course of 12 years, MacDiarmid has painted more than 60 large outdoor murals.
“I see making art as trying to create something new, never before seen, like a dream, an idea or a feeling,” MacDiarmid says of his craft. “It’s an imaginative way of describing with paint that which is both sensual and spiritual. Art should appeal to the eye, engage the mind, and challenge the imagination.” 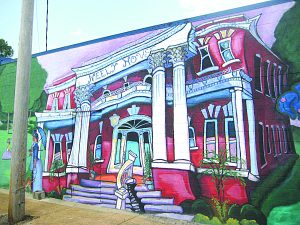 CLASS AND CREATIVITY – MacDiarmid’s work can also be found on The Neely House in Jackson. Milan residents and natives that would like to submit their ideas and suggestions for the mural can send them to artbyles@gmail.com. Deadline for submissions is September 15.

MacDiarmid will bring his vibrant, occasionally whimsical style to the project, but the Milan Downtown Association is looking to the public for suggestions as to what should be depicted on the mural.
What do you see when you think of Milan? What historic moments or fixtures of the community do you think should be immortalized on the wall?
MacDiarmid and the Milan Downtown Association are asking everyone to send pictures and suggestions for the mural’s design to artbylesmac@gmail.com no later than September 15.
The MDA is also still holding their Memorial Brick fundraiser in an effort to continue raising funds for downtown renovations. The group offers three sizes of bricks (4×8, 8×8 or 12×12), ranging from $75 to $150. Bricks can be engraved with up to an 8 lines of text, depending on the size, with a maximum of 20 letters per line (spaces and punctuation are counted as letters). Donors can choose to have their bricks placed at either the Music Park behind Elliott’s Music, Bob Parkins Place or the MSSD Courtyard. The Milan Downtown Association can be contacted through President Butch Yancey or its Facebook page. 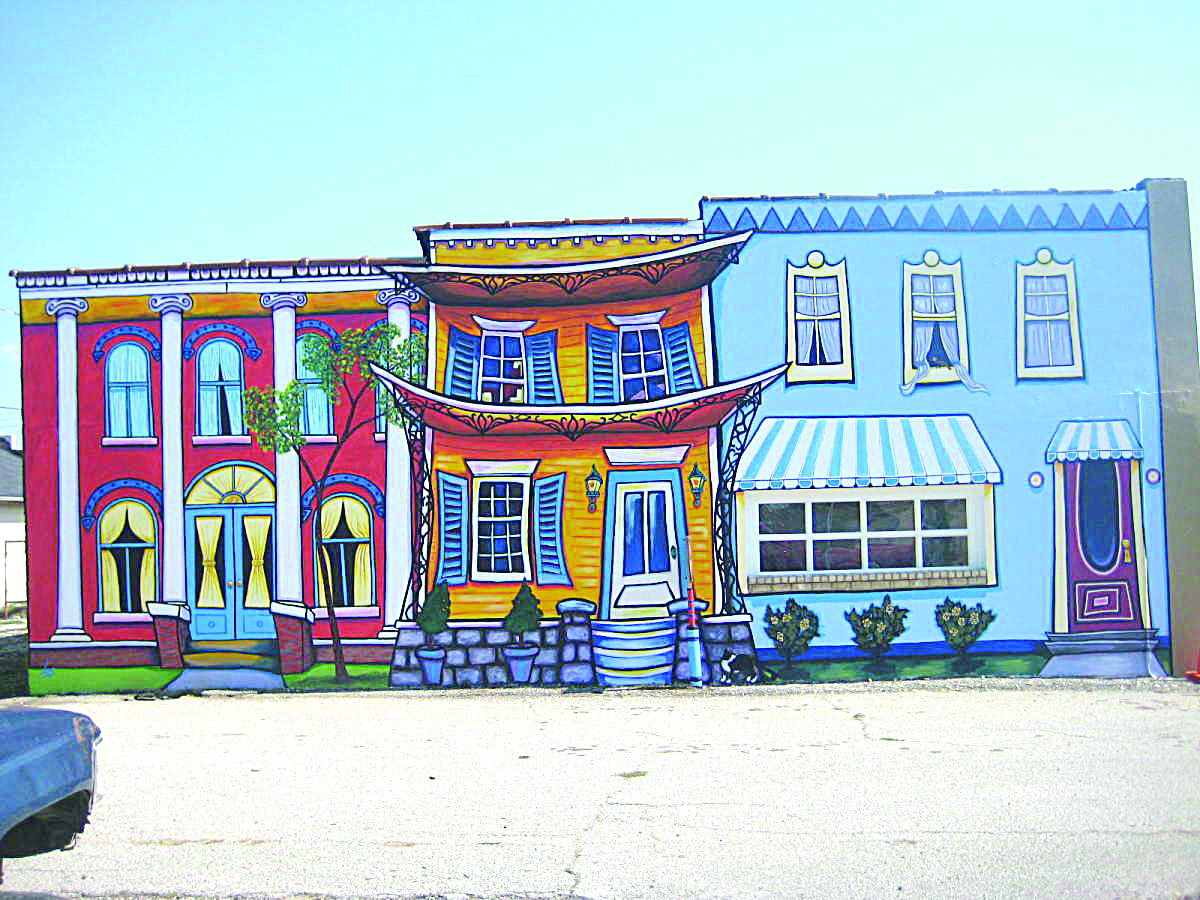 COLORFUL CREATIONS – Mural artist Les MacDiarmid has painted more than 60 outdoor murals, several of which can be found in Gibson County. MacDiarmid painted this scene on the Trenton Square.