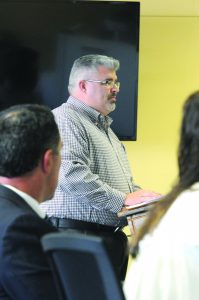 DEBT WRITE-OFF – Milan Public Utility Director Jason Griggs informed the board last Tuesday night that MPU had written off close to $100,000 in uncollectible debt over the course of the 2016-17 Fiscal Year. Griggs stated that the amount fit within the yearly average and that the presentation was merely of an informational nature. Photo by Logan Watson.

According to figures presented by Milan Public Utility Director Jason Griggs, MPU is losing tens of thousands of dollars each year from customers who leave town without paying their bills.
At last Tuesday’s meeting of the Milan City Board, Griggs provided the Mayor and Aldermen with a 29-page report, listing approximately 1,000 accounts that have been deemed “uncollectible” by the MPU. In total, the delinquent funds amount to more than $93,000, with $75,437.56 coming from past-due electric bills.
“We all know that not everyone pays their bill, but we still owe that money to the TVA.” Griggs told the Mirror-Exchange after the brief meeting. “Everyone that does pay their bill subsidizes those that don’t.”
Griggs stated, however, that this is not out of the ordinary. On average, MPU writes off close to $100,000 of uncollectible debt each fiscal year. With a service area of 200 square miles and more than 8,600 meter sites, the MPU has many customers. The average uncollectible account owes around $100, but some accounts owe as much as $900.
Griggs said that most of the larger amounts are due from older rental homes in the area. Homes with poor insulation often generate the highest electric bills.
“By the time those bills come due, they are already into us for two months of service,” said Griggs. “Then those people leave us with the bill because they can’t afford to pay it. We don’t stop trying to collect on those debts, but once we turn them over to a collection agency, that’s kind of all we can do.”
“It was more of an informational presentation than anything,” Griggs said of the presentation to the board. “I’m usually the only one that sees this information, and I thought that the board should be aware of that dollar figure attached to it.”

Deputy Clerks – Milan Police Chief Bobby Sellers requested that the board approve the hire of two Deputy Clerks. Chief Sellers explained that the Deputy Clerks should be neutral parties not employed by the City of Milan. The clerks will sign arrest warrants outside of regular office hours. Currently, officers that make arrests after the close of business or on weekends are required to come back in the following day and process the arrest warrants. This causes those arrested to spend more time in the facility and pulls officers off the streets. The deputy clerks would be hired as independent contractors, not employed by the city, and receive a flat monthly compensation of $150. The board voted to approve the positions 6-0. 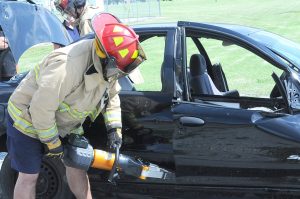 Rescue Equipment – The board also approved a purchasing contract with Fire Rescue GPO in order for the Milan Fire Department to purchase new rescue equipment. The MFD’s current rescue spreaders, cutters and rams are powered by a hydraulic pump, which reduces the tools’ mobility in the field. The request was approved unanimously. Chief Dillard and the MFD tested electrically-powered tools made by Holmatro last week.

New Mower – The board approved the budgeted capital purchase of a John Deere mower for use by Milan Public Utility. The mower will be purchased through state contract, so bids were not required. The mower will cost the city $9,252.24. The motion passed 6-0.

Bids Approved – The Building and Codes Department accepted a bid from Chris Turnbo’s Lawn Service to mow and remove debris from certain properties within the city limits. Building and Codes Official Jim Pillow stated that the city had previously bid those jobs out each week, which he said became a time-consuming ordeal. The contract for Turnbo’s Lawn Service will extend through the end of the 2017-18 Fiscal Year. The bid was approved unanimously.
A bid was also awarded to Waste Management for sludge disposal. 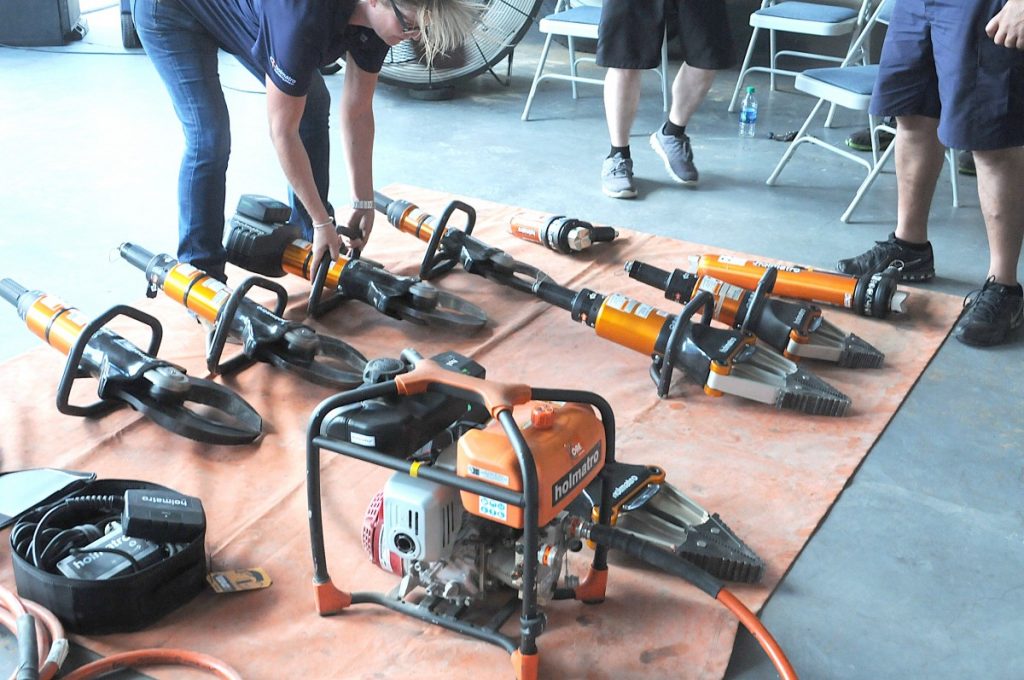 An assortment of electric cutters, spreaders and rams. The MFD is looking to replace their current hydraulic-powered rescue equipment soon. Photo by Logan Watson.