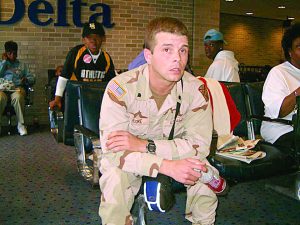 Driver in fatal accident was attempting to evade Sheriff

More details have come to light regarding the fatal accident outside of Bradford Tuesday afternoon.
The Tennessee Highway Patrol identified the victim in the accident Tuesday evening as Jason Moore, 39, of Trezevant. According to the THP, Moore was traveling westbound towards Bradford on Highway 105 when his 2006 Chevrolet Impala crossed over the oncoming lane, ran through a ditch and hit a tree. Moore’s vehicle flipped onto its roof, coming to rest in the front yard of one of the homes dotting the landscape.
Several neighbors sat on their porches or stood at their front doors, watching the vehicle get towed away as the THP examined the scene. There were no passengers in the vehicle with Moore, and he was not wearing his seat belt at the time of the accident.
At first glance, it was unclear what had caused Moore to crash, but Gibson County Sheriff Paul Thomas told the Mirror-Exchange on Wednesday that Moore’s accident occurred shortly after he had attempted to evade him.
Sheriff Thomas stated that he and Chief Deputy Danny Lewis were driving past the Skullbone Cemetery when they noticed a vehicle parked near some trees and decided to investigate.
“We were just going to pull in and see what they were doing,” said Thomas. “There was no one outside in the cemetery tending to a grave, so we wanted to make sure that it wasn’t part of a robbery or anything illegal.”
Thomas stated that as soon as he pulled onto the cemetery road, the vehicle began to pull away. When the vehicle pulled out onto Skullbone Road, the Sheriff engaged his lights and sirens.
“He was only going about 15 to 20 miles per hour,” the Sheriff said. “We thought they were going to pull over, but the driver kept gradually speeding up. We got up to a pretty high rate of speed, so I decided to terminate the pursuit. We had already gotten his license plate number and identified the owner of the vehicle.” Sheriff Thomas estimated Moore’s speed to be somewhere between 50 and 60 mph.
Sheriff Thomas said that he had lost sight of the car after he ended the pursuit, but saw it moments later in front of the Skullbone Store. “We were close enough to see that a female had exited the passenger side of the vehicle before it sped away again,” said Sheriff Thomas. “We stopped to check on the female, then moments later got a call from the Bradford Police Chief about the accident.”
Sheriff Thomas stated that, at the time of the accident, Moore was under investigation for an unlawful relationship with a 15-year-old girl. According to the Sheriff, Moore had been questioned by investigators in Milan on Monday about the relationship. When Sheriff Thomas and Chief Deputy Lewis came upon Moore’s vehicle parked at the cemetery, the girl was also in the vehicle.
Sheriff Thomas stated that the girl’s presence was likely the reason Moore chose to flee. The girl, who was the one that exited the vehicle at the Skullbone Store, was scared but unharmed. Milan Police Chief Bobby Sellers stated that no charges had been filed against Moore at the time of the accident. 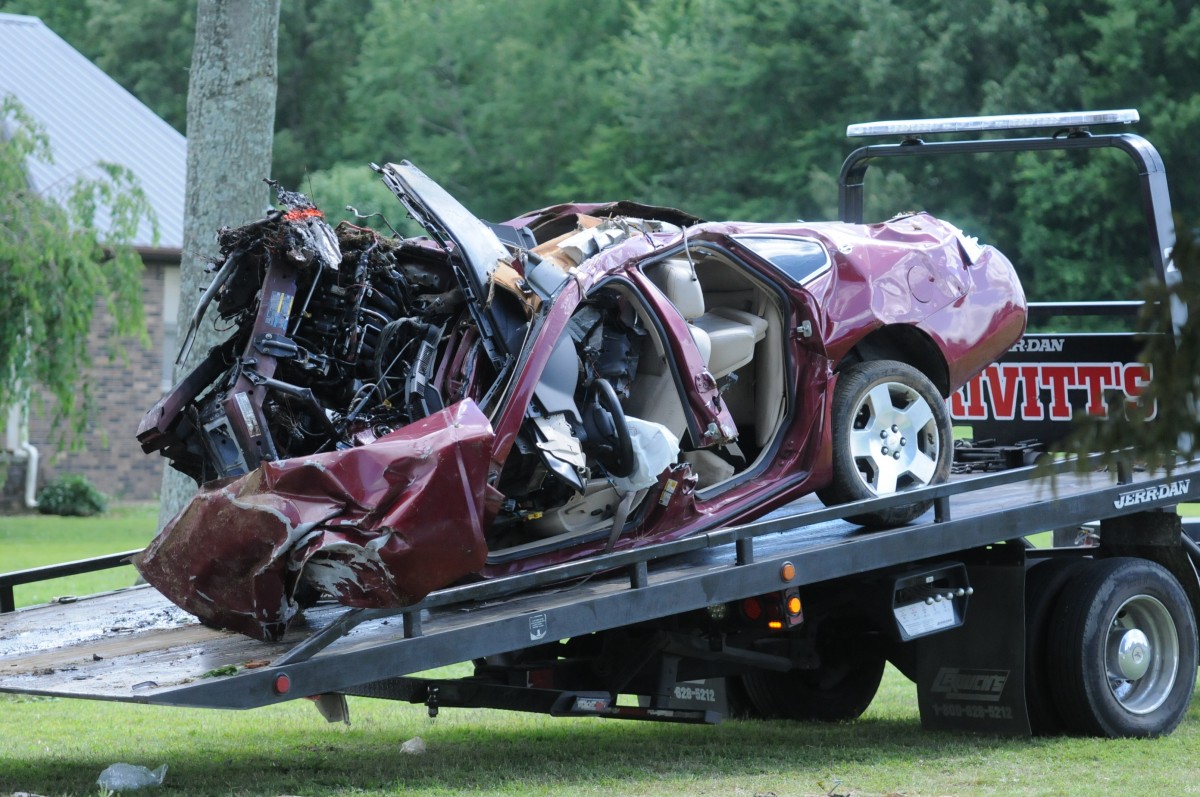 FATAL ACCIDENT – Jason Moore, 39, of Trezevant, was killed on Tuesday afternoon in a single-vehicle accident just outside of Bradford. At the time of the accident, Moore was attempting to flee from Gibson County Sheriff Paul Thomas. Moore was also a veteran. Photo by Logan Watson. 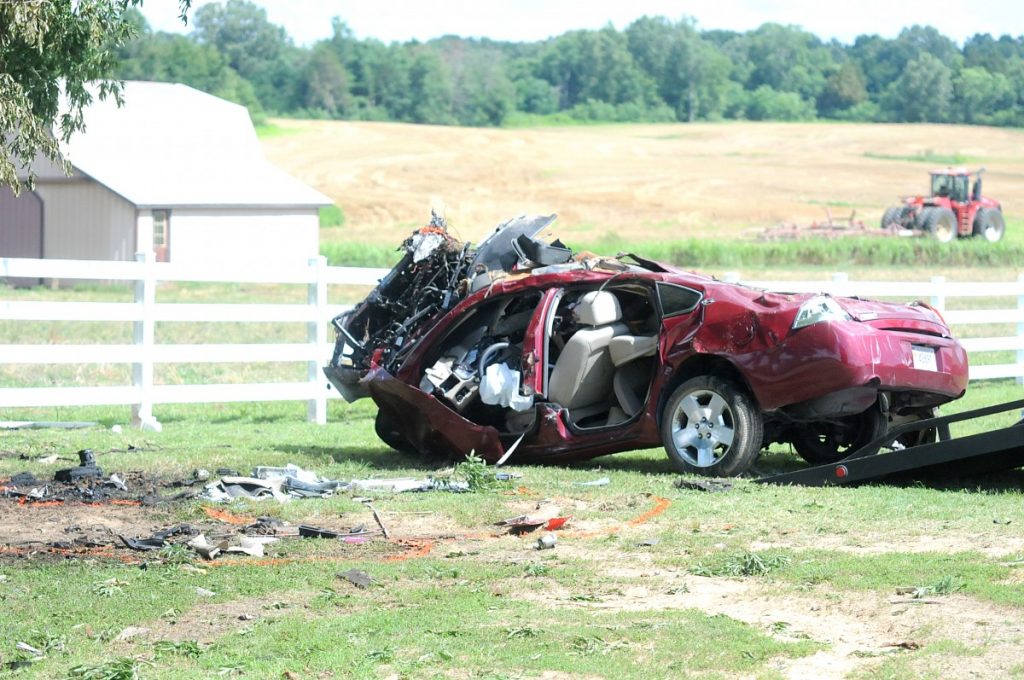