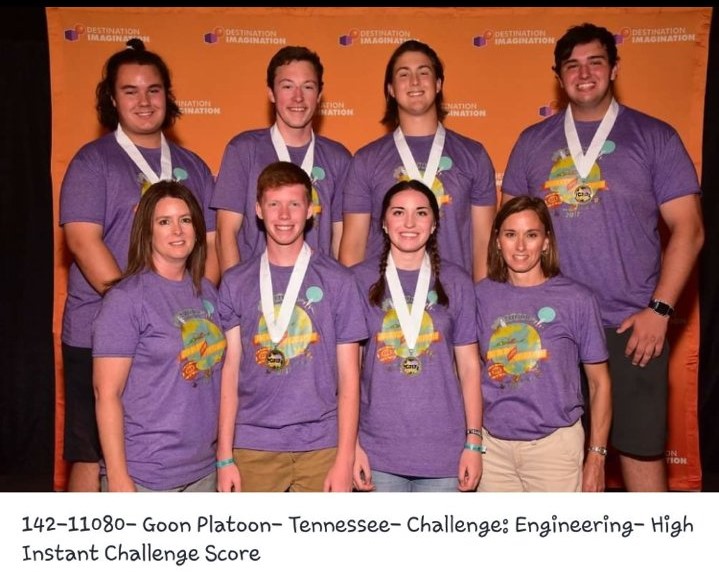 Other Milan teams
The “Shell Girls” team from Milan Elementary finished 13th out of 65 teams in their “Ready, Willing and Fable” Service Learning competition category at Global Finals, the best overall, division score of Milan teams. The team tied with a team from China and outscored teams from 18 states and 6 foreign countries. Team members were Addie Ruth Reed, Clara Reed, Caroline Hurt, Reagan Jones and Trinity Jones. Managers were Holly Jones and Allison Reed.
“The (Shell Girls) team’s focus was to encourage family time without interference from cell phone usage,” said Becky Reeves. “The team was honored to march in the opening ceremony with the Tennessee delegation. Team members Autumn Jones and Trinity Jones were chosen as student reporters to make a commercial about the upcoming challenges.”
The “Good Noodles” team from Milan High placed 23rd out of 63 teams in the “Show and Tech” category. Members were Michael Webb, Keizer Webb, Ethan Brasher, and Sam Fagin. Managers were John Hyde, and Autumn and Ed Webb. The team had to design and build a moving stage, complete with a performance involving technical elements. The team chose the music group “Kiss” for their storyline.”
The “Shloops Loop” team from Milan High placed 23rd out of 63 teams in the “Vanished” category. Team members were Abby Ramaker, Destinee Thomas, Brooklyn Barnes, Krysta Singleton and Matthew Doyle. Managers were Angie and John Ramaker. The team created a story with technical effects, imagining what would happen if a certain color disappeared from the world.
The “Ramen or RAmen?” team from Milan Middle finished 21st out of 48 teams. Members were Claire Nelson, Jaclyn Moore, Ella Reed and Autumn Jones, with managers Renee Nelson and Holly Jones. In the “Top Secret” challenge, the team had to create a gadget to encrypt and decode messages.
The “$ Menu” team from Milan Middle placed 48th out of 78 teams. Addison Caldwell, Jackson Beals, Matthew Nelson and Jackson Nelson made up the team, managed by Jim Nelson.
Milan Middle’s “Vanished” team placed 48th out of 87 teams. Members were Kendall Todd, Julianna Goodson, Haley Marcle, Haley Gibson, Layne Smith, Blaine Sitton and Brennan Potts, with managers Melanie Reeves and Jennifer Goodson.
Pat Pike and Will York of Milan served as appraisers at Globals. Jason Carter and Becky Reeves worked in the registration process for the 1,742 teams. When team members were not competing, they were able to experience hands on activities sponsored by NASA, including an appearance by Dottie Metcalf-Lindenburger, a former high school science teacher who was part of NASA’s space shuttle mission STS-131 in 2010. Events included activities by Oracle Academy, TVA, Mayo Clinic, IBM, Ford and STEM experiences. Team members also traded pins with people from around the world.
“Team members were able to make friends from around the world despite global conflicts with other countries,” said Becky Reeves. “Conflicts didn’t exist among the people from eighteen foreign countries, as team members made friends and competed in a respectful way, sharing their victories.”
“Milan’s team managers are now ‘veterans’ of the program and are already looking at the upcoming season’s challenges,” added Reeves. “As team members work together, they are building lifetime skills of work ethics, creativity and problem solving. Time management under stress, engineering and technological skills are some of the benefits of the DI program.”
“Our teams would like to thank the generous financial support given them to make this journey possible!” added Ms. Reeves. “Destination Imagination offers so much more beyond the walls of a classroom. For those interested in ‘thinking out of the box,’ there will be teams forming when school starts. Watch for dates and further information.” 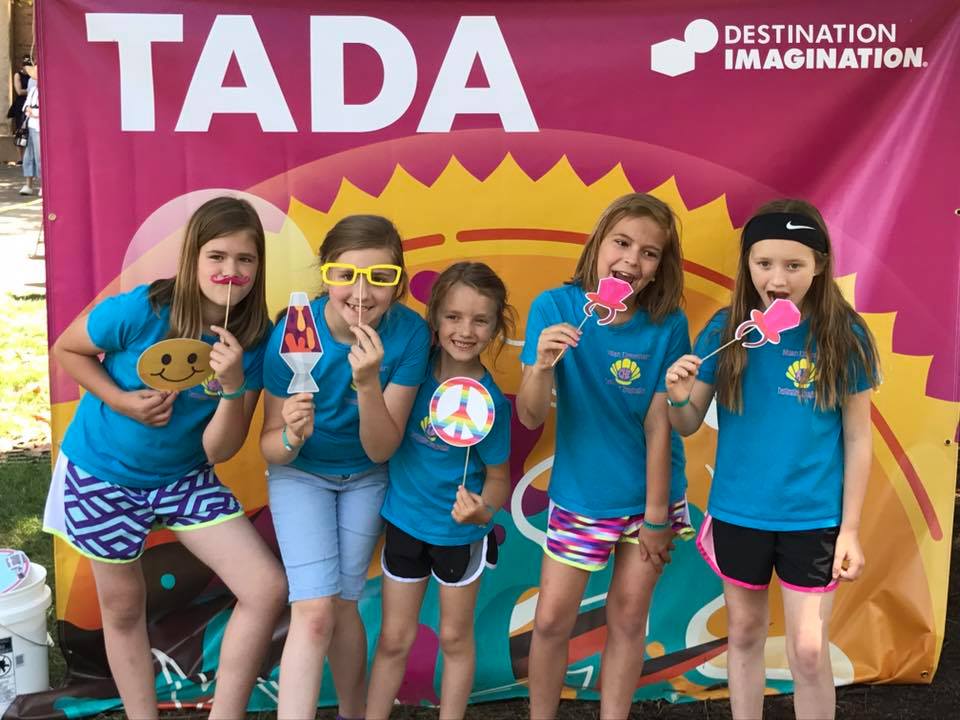