J.K. Wong was living in Montreal when Trenton came calling 40 years ago.

Already a successful businessman and prominent member of the Chinese community in Quebec, Canada, Wong was sought out by a Col. Miller and Ken Smith. Smith had created a hook prosthetic for people without hands, and the men were looking for a manufacturer.

“I don’t know where [Miller] found my name,” Wong said. “He convinced me to move the factory here.”

At the behest of Miller and Smith, Wong set up an investment casting manufacturing factory in Trenton in 1977 to manufacture Accru-Hook. Wong served as the partner and plant manager of MW Handicapped Enterprises Corporation until 1981 when he sold his shares to his partners, but he stayed in Trenton.

“It’s very simple here,” Wong said. “The people are nice. I don’t have to travel.”

In his four decades in Trenton, Wong, a dual citizen of Canada and the U.S., has ironed out business deals from the comforts of his home, which houses his office, a small reception area and a comfortable conference room decorated with framed photos of his family, while making trips as necessary to his home in Montreal.

He was born in a small village in China in 1931. Hing Chow is about 100 miles south of the City of Guangzhou. When Wong was six years old, he moved with his grandmother, mother, brother and adopted sister to Hong Kong. His father had immigrated to the United States four years earlier and worked in a small restaurant.

During World War II when the Japanese occupied Hong Kong, the family had not received any money from Wong’s father because there was no postal service during the war. Their only choice was to go back to the village. Life was very difficult during that time, Wong has said.

In 1946, after the Japanese unconditional surrender, Wong and his family moved to the City of Guangzhou where he attended high school for the next six years. In 1952, Wong immigrated to Montreal. With his father’s support, he attended Sir George William College of Montreal for one year, mainly to learn English, and also take physics, chemistry and mathematics courses. In 1954, Wong entered the Engineering School of McGill University of Montreal. Four years later, he received his bachelor’s degree of engineering with a major in chemical engineering.

Wong had 16 years of manufacturing experience under his belt when he moved to Trenton.

Still in Trenton in 1981, Wong formed New Pacific Corporation, an import and export company specializing in giftware, houseware, children’s lunch bags and toys. In 1983, he formed Hong Kong NPC Limited to handle sourcing from Asia for his New Pacific Corp., and in 1986, Wong formed J.K. Wong, Inc., a holding company, in Trenton.

Wong is currently president of Hong Kong NPC Limited and J.K. Wong, Inc. He remains active in Montreal, where he built the Montreal Chinese Community & Cultural Centre, a dream that was 20-plus years in the making, and raised his three children with his wife Margaret. He also visits his small village in China periodically.

The Wong couple enjoys the traditional Chinese meals of fish, beef and vegetables. Wong said they drink a lot of tea, but not the sweet stuff Southerners sip. And after living in the South for 40 years, Wong has not succumbed to fried foods.

At 88, he continues to work hard, saying simply, “I have a lot of things to do.”

The secret to his longevity is his willingness to compromise.

Wong is a regular at Gibson County Golf Course, and he is a member of Royal Montreal Golf & Country Club, the oldest course in North America.

Wong is humble about his game, but after some prodding, he reports his five career holes-in-one.

YMCA leaders, members are ‘driven for their cause’ 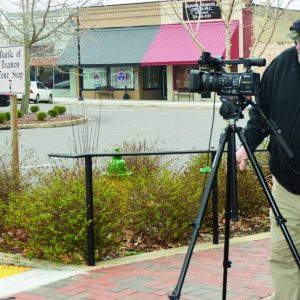 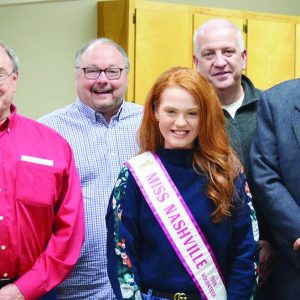